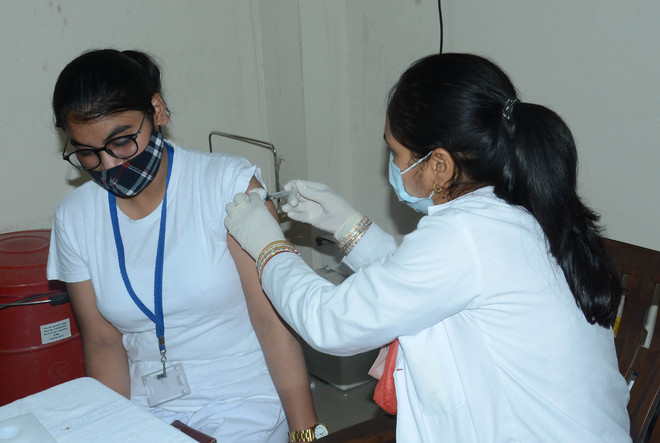 With two more deaths reported in the district on Tuesday, the toll increased to 1,556. The district health authorities have also reported 31 new cases, with which the tally increased to 46,536.

The new cases include 18 influenza-like illness cases and 13 contacts of positive patients. Meanwhile, the deceased have been identified as Kulwant Kaur (55) of Kotla Tarkhana village and Balwinder Kaur (52) of Jandiala.

The Health Department has reported recovery of 149 patients with which the total count has increased to 44,231. The district at present has a total of 749 active cases.

Meanwhile, Deputy Commissioner Kulwant Singh said 3,261 persons were vaccinated on Tuesday and total 1,76,360 persons have been vaccinated so far.