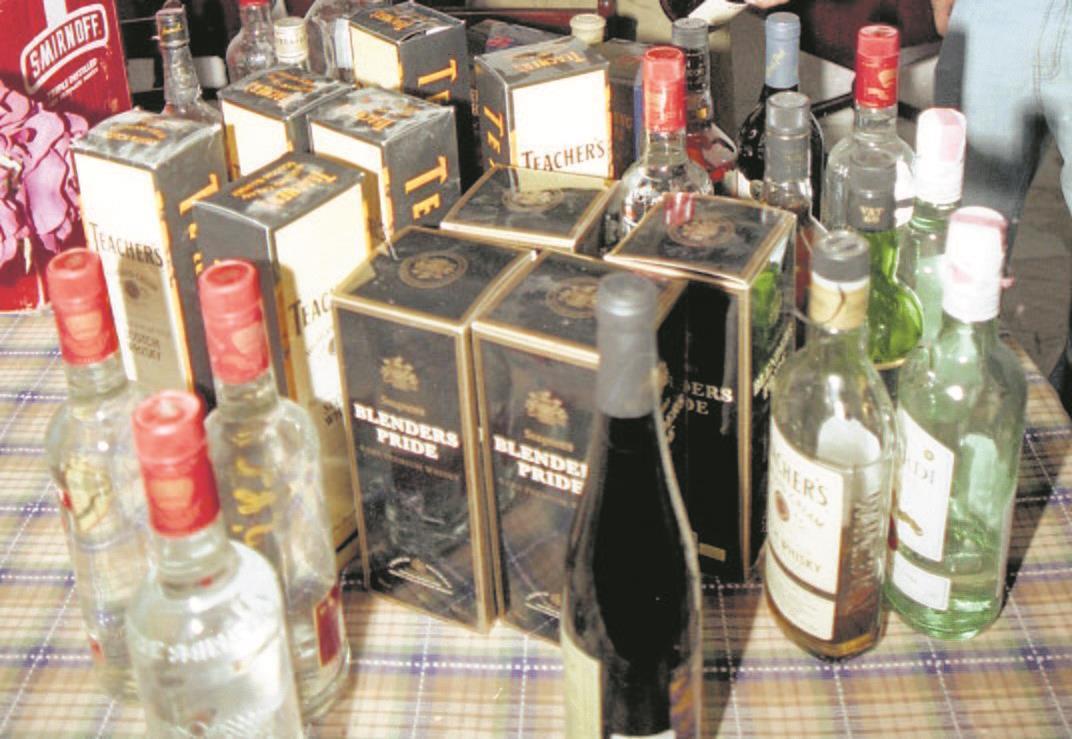 With around 360 cases of bootlegging and huge recovery of illicit liquor in the past 15 days, the Amritsar rural police have on the top of the list in Punjab when it comes to making seizure in the concerted campaign against liquor smuggling, it is learnt.

The highly placed sources in the department claimed that Amritsar rural is followed by Tarn Taran and Batala with 267 and 202 cases respectively. As per the information, the rural police have arrested over 135 persons in these cases.

The data available with us revealed that the Amritsar rural police have confiscated over 27,000 kg of lahan (raw material used for manufacturing illicit liquor) besides over 4,000 litres of illicit liquor. The police also destroyed around 11 illegal stills indulging in manufacturing liquor.

A senior official of the Amritsar rural police said that majority of seizures were made in Jhander, Rajasansi, Gharinda, Chatiwind, Mehta, Majitha and Kamboh police stations.

Amritsar rural police chief Vikram Jeet Duggal when contacted said though he knew the rural police had made huge recoveries, but he was not aware about being first in the Punjab. “We are simply doing our job,” he said.

He said around 17 dedicated teams of police department and excise officials were working very hard to nail the bootleggers who have been operating with impunity in the recent past when the curfew restrictions were imposed in the wake of Covid-19 pandemic. He said liquor vends were closed in the city areas which gave an opportunity to the bootleggers to sell their produce at higher prices thereby dipping the government revenue.

He said though these notorious persons were working earlier also, but during the curfew restrictions, they have become ‘over active’.