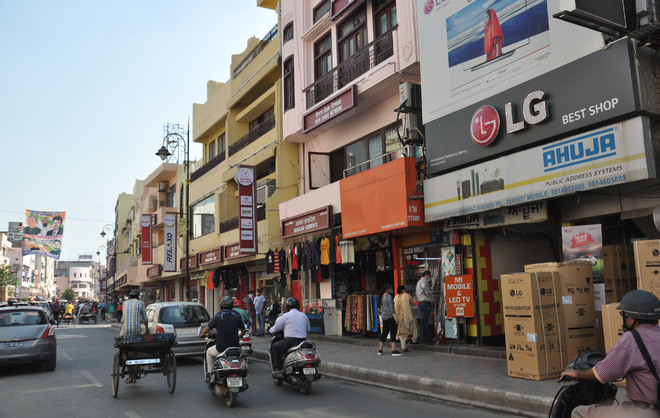 The advertisement wing of the Amritsar MC has called market associations of the city to adopt uniform display boards outside their shops to give a smart look to markets. File photo

The advertisement wing of the MC has called market associations of the city to adopt uniform display boards outside their shops to give a smart look to markets.

Bhatia would convene a meeting of all prominent market representatives, especially in the Ranjit Avenue, Lawrence Road and Civil Lines area, to install uniform boards outside shops.

“Now, when the MC is spending crores of rupees to lift the face of the city under Smart City projects, traders and residents should also contribute to make it beautiful. The uniform size of boards will change the face of markets. We will ask traders to do it voluntarily but in case of major violation, we will write to senior officials of the MC to take appropriate action,” Bhatia said.