Say pay more fee than medical colleges in other states 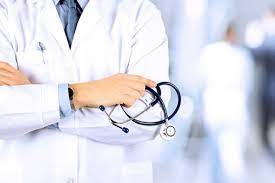 The junior and senior resident doctors at Government Medical College here have demanded a revision in the monthly stipend being paid to while reasoning that they were paying higher fee than medical colleges in other states, but are getting lower stipend.

The Union of Resident Doctors of Punjab (URDP), a representative body of JRs and SRs of medical colleges in the state, said resident doctors in Delhi were getting Rs 1lakh as stipend per month.

Dr Amrit Parmar, president, URDP, said: “In government medical colleges of other states, the JRs and SRs are paying very less fee as compared to us. In PGIMER, Chandigarh, the resident doctors are paying only Rs 20,000 fee per year. Here, we are paying Rs 2 lakh every year.”

The URDP demanded that the monthly stipend being paid to them be revised as per the recommendations of the 7th Pay Commission report and it should be brought on a par with the stipend paid to resident doctors in other states.

The resident doctors said they have submitted a representation with the Chief Minister as well as the MLAs from different areas. They said they have also requested doctors who have been elected MLAs in the recent elections.

Dr Parmar said now, as the Aam Aadmi Party was in power in Punjab, they hope that their stipend would be increased. He said the monthly stipend has not been revised for the past one decade and as the AAP government in Delhi was already paying higher stipend than Punjab, they should be brought on a par with them.