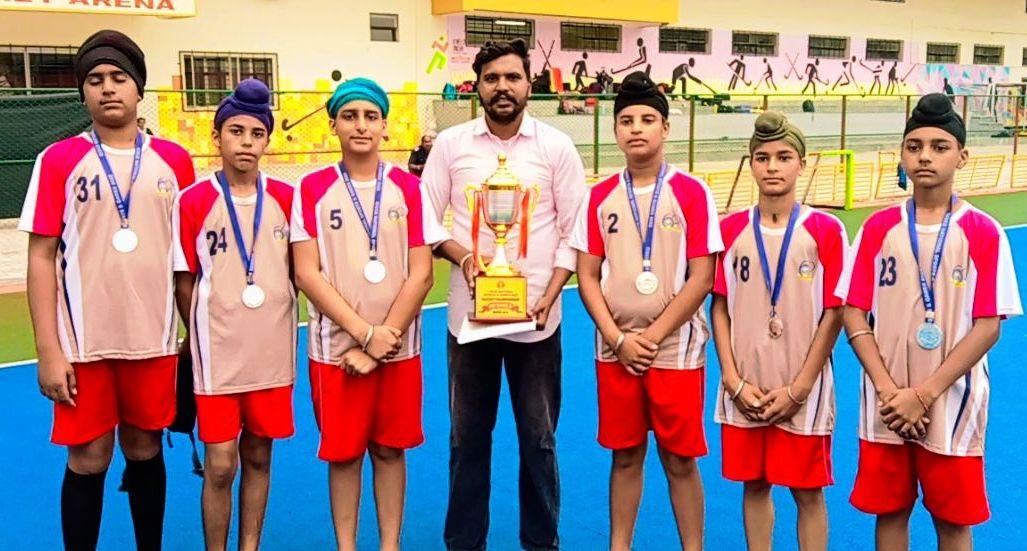 It is a well-known fact that single-use plastics also contribute towards climate change. Studies confirm that the proliferation of it is accelerating climate change and should be urgently halted as it affects the ecosystem on the whole. This information was shared by Dr Amardeep Gupta, Principal, DAV College, while initiating a week-long ‘Say no to plastics’ campaign to sensitize students and staff to the effects of usage of plastic. This campaign is being led by the NCC infantry wing of the college. NCC Officer Dr Kamal Kishore said the students were made to understand the various ways in which one could curb the usage of plastic in one’s day-to-day life. Talks were supported by physical activities wherein plastic bags of washroom and dustbins were replaced by paper bags. The students and staff were educated on the harmful effects of plastics.

Mount Litera, Amritsar, organised its annual prize distribution ceremony 2022 to honour the scholastic and co-scholastic achievers of the session 2021-22. Cabinet Minister Dr Inderbir Singh Nijjar presided over the function as the chief guest. The ceremony commenced on a high note with a classical dance performance and a dose of inspiration with Dr Nijjar’s words of wisdom. The chief guest along with Manjot Dhillon, Director, Mount Litera Zee School, gave away commendations and awards on the winners of Student of the Year, Scholar of the Year and All Round Achiever of the Year awards. In addition to school achievers, the winners of competitions, organised at a school, World Scholars Cup, were also honoured.

SSSS College of Commerce for Women, Amritsar, won the overall Championship Trophy (IInd position) in the Zonal Youth Festival (A Zone) of GNDU held from October 31 to November 2, 2022. Students of the college made their mark by winning the first position in debate, second position in kawishri and third position in mehandi, elocution and poetical symposium, respectively. Principal Dr Navdeep Kaur congratulated all and lauded the students and the faculty for putting in their best efforts.