An era of relaying TV through antennas comes to an end 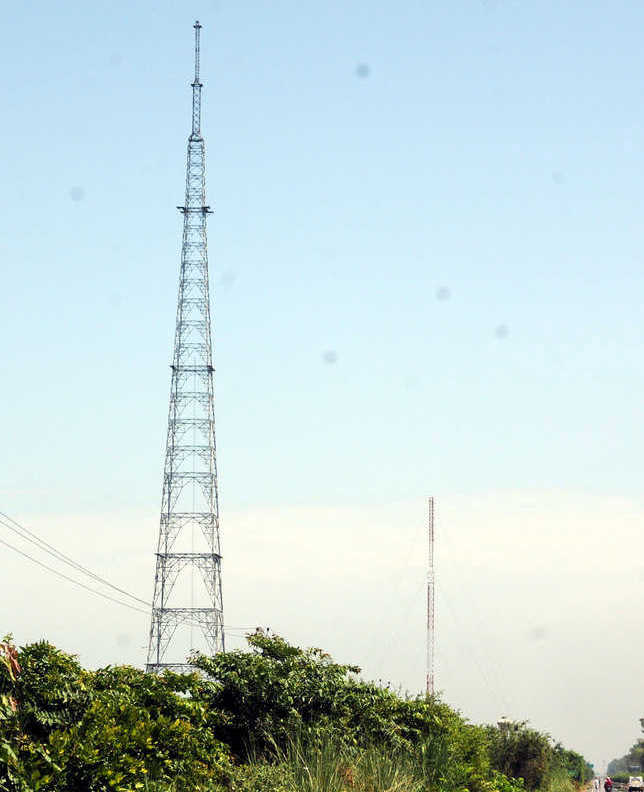 The Doordarshan tower at Gharinda village near Attari border. File

Doordarshan closed its transmitting station at Basarke Gillan village, situated near here, on December 31. The move has brought to an end an era of relaying terrestrial transmission to TV sets through the obsolete roof-top antennae. Installed in 1973, it is the third oldest DD tower in India.

The transmitting station not only used to serve the district, but also areas across the International Border (IB). The old Prasar Bharati tower at Basarke Gillan village has no presence of Prasar Bharati and only four private transmitters are operating through it.

Harjap Singh Aujla, a retired engineer, said: “The only FM radio transmitter operating on 103.6 MHz from another dwarf tower adjoining the tall tower is too busy. That is why the night transmission of external Urdu service from 9:30 pm to 1:00 am is not being carried by this transmitter. We need at least three transmitters at this location to continue this Urdu service.”

Aujla recalled that its signals used to be available in Pakistan’s Lahore. On the other hand, the completion of partially dismantled super high-transmitting tower at Gharinda village was still awaited. “As far as the super high-transmitting tower at Gharinda is concerned, it was partially dismantled in June 2020. After that, on the excuse of Covid-19 pandemic, the re-construction work was suspended, but even when Corona was negligible, the work was not started,” he said.

The construction of the project at Gharinda had commenced in 2006. Now, 2021 was also over and the work had not been completed even after 15 years.