Covid surge in Amritsar: Any laxity may prove fatal 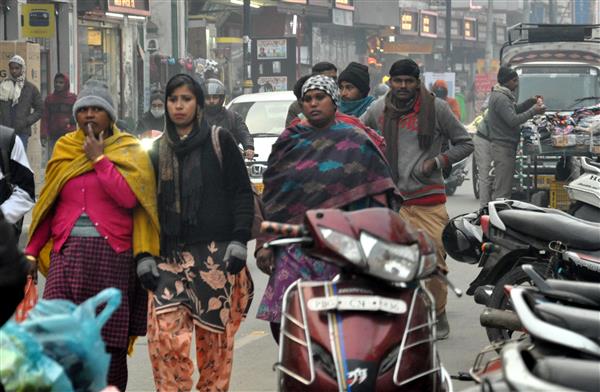 Throwing caution to the winds: A visit to the market places reveals that hardly anyone wears face masks or adhere to social-distancing norms in Amritsar. Photo: Sunil Kumar

Even as there has been an exponential increase in the number of Covid cases from the district, residents seem indifferent about the need to follow safety guidelines at public places.

A look at the market places reveals that hardly a negligible per cent of the people are supporting a face mask and adhering to social-distancing norms. Luckily, the increase in the number of cases has not been accompanied by the increase in the number of casualties due to the disease, but the active caseload has already crossed the 2,200 mark on Wednesday. The district has reported only one death due to the disease in the last one week.

Even as the guidelines issued earlier, disallow shops, including eateries, to remain open after 10 pm, people can be seen roaming in markets till late. Jagwinder Singh, a shopkeeper commented: “It seems people are no more afraid of the infection. There is a need to take precautions but residents are often careless.” He said he has to ask his customers to wear mask before entering the shop. “Sometimes by the look on their face, I can see that they are not happy to be told to wear the mask,” he said. 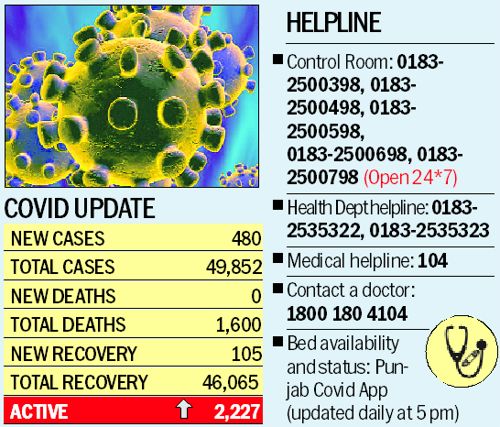 While a sizable portion of the population, especially trading community, are afraid that the further rise in cases may result in harsh restrictions. Sahil Jain, a trader, said: “Uncertainty has already hit the market. People are not ready to risk their investments and it would slow down the business.”

Residents also expressed that holding Assembly elections at the time when viral infection is increasing could prove disastrous. They said door-to-door campaigns, political rallies and mohalla meetings could result in spreading the infection.

Amritsar: The active caseload in the district increased to 2,227 on Wednesday, with the Health Department reporting 480 cases. Of these, 465 are new cases, while 15 are contacts of positive patients. The district has reported a total of 49,852 positive cases till date. The Health Department has also reported recovery of 105 patients, with which the recovery count increased to 46,065. Meanwhile, 12,178 residents were inoculated during the vaccination drive on Wednesday. Of these, 4,633 received the first dose, 7,038 received the second dose and 507 received the third dose of the vaccine. The health officials said a total of 8,32,443 residents have received the second dose so far. TNS

Tarn Taran: The active caseload shot up to 326 in the district on Wednesday, as 63 persons tested positive on Wednesday. The Health Department informed that so far, 9,53,581 jabs have been administered to citizens, which includes 6,608 persons who were injected on Wednesday. OC