Speculation over some BJP leaders switching over 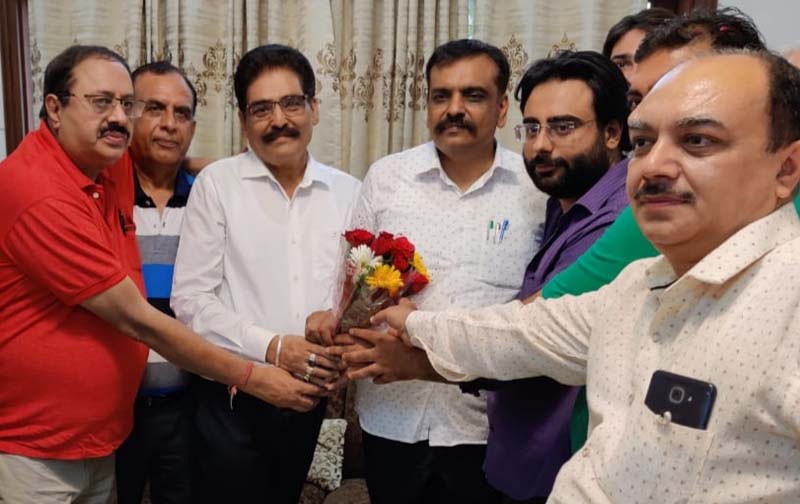 Kunwar, who took pre-mature retirement, has been holding meetings with residents of the Amritsar (North) constituency from where his candidature for the Assembly elections could be announced. There is a buzz that some disgruntled BJP leaders too may join the AAP.

Expressing ignorance about Kejriwal’s proposed visit, Kunwar said whenever he makes up his mind to join a party, he would disclose it.

“I had opted to quit my remaining nine-year IPS service due to corrupt political intervention in the system. If I join politics, it will be for bringing reforms, not for vested interests like the traditional party leaders. Barring exceptions, a majority of them do their ‘own development’ and amass wealth after coming to power,” he said.

On the other hand, AAP workers are busy in welcoming the party’s national convener, who will briefly stay at the Circuit House.

“Punjab wants change. The only hope is the Aam Aadmi Party. See you tomorrow at Amritsar,” Kejriwal tweeted in Punjabi.

Kunwar was a part of the Special Investigation Team (SIT) that conducted a probe into the sacrilege and subsequent police firing incidents in Behbal Kalan and Kotkapura in 2015. However, the report was quashed by the Punjab and Haryana High Court.

Talking to a section of the media, Kunwar launched a scathing attack on the state government’s functioning, saying that it was difficult to differentiate who was running the affairs in Punjab — the Congress or the Akalis.

Alleging collusion between both parties, he said the report of the SIT, which he headed, was manipulated to save a particular family.

He pointed out that the new SIT formed by Chief Minister Capt Amarinder Singh was not likely to yield any result. “At present, my focus is to get the High Court order challenged in the Supreme Court. I might meet the CM in this regard. If not, then I intend to fight the legal battle on my own,” he added.

‘Bid to save one family in firing probe’