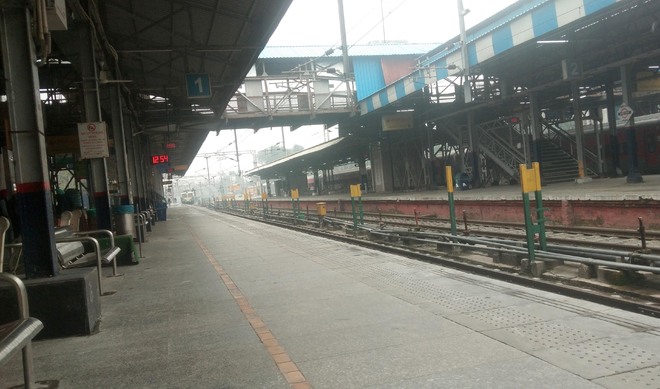 As the Kisan Mazdoor Sangharsh Committee (KMSC) continues to protest along Amritsar-Delhi railway track at Jandiala Guru, the Indian Railways has yet not resumed (to and fro) more trains from Amritsar railway station except two daily trains. The ‘Rail Roko Andolan’ entered its 68th day on Sunday.

The two trains were being diverted from Amritsar-Tarn Taran-Beas route.

The Indian Railways short terminated, originated and diverted many trains. The 02715 Nanded-Amritsar Express special train will be short terminated in New Delhi. Consequently, the 02716 Amritsar-Nanded JCO will short originate from New Delhi and remain partially cancelled between NewDelhi-Amritsar-NewDelhi on November 30.

Railway officials said normal rail traffic would be restored once the agitators along the tracks would be removed. They said it would be seen after the talks between the Centre and farmers.

Addressing the farmers at Jandiala Guru, Swainder Singh Chatala, said they were ready for prolonged agitation. He said the ongoing agitation would continue and they were mentally prepared for the long haul.