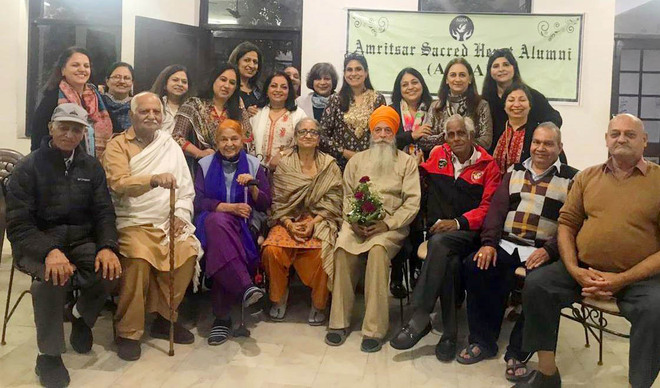 The home was started in the year 2000 by Sarojini Bhandari and her husband Dr BL Bhandari and houses about 23 members, including men and women. It is being administered by Chaman Mehra and Renu Bhandari.

On the occasion, ASHA member Nomita Arora sang bhajans and other devotional songs for members who were nostalgic about their days gone by. Inmate Kapil Dev Sharma, an Army man, talked about his days during the 1971 war while another inmate Dalbir Singh who was a diver with the Indian Air Force related an incident of saving four lives, including himself, following a helicopter crash.

Some shared that they had well-to-do relatives in the city and abroad, but they preferred to be here in the home. “It’s like many friends staying together,” said an inmate, Indira. Being poetess, Indira regaled everyone with her poetry. There were a few whose relatives had completely abandoned them and had not even enquired about their welfare for years.

ASHA gifted kitchen ware, including a cooking hob, a juicer-mixer-grinder set, large utensil drying stands, casseroles, canisters for storing ration, etc, while many donors came forward and contributed for the auspicious occasion following a call on Facebook by ASHA.