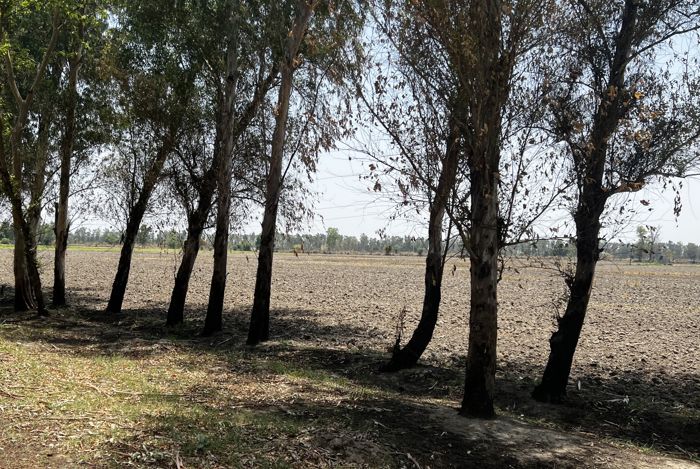 Astray fires from wheat fields lit to get rid of the crop residue after the recent harvesting has caused damage to thousands of trees alongside roads in the district. 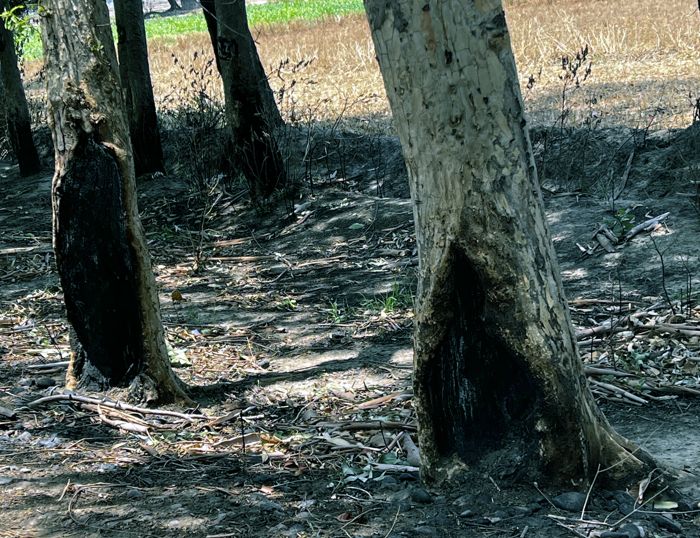 In many cases, over 50 per cent of the tree trunks have been burnt. It has not only damaged the green cover, but also increased the chances of road accidents as these damaged trees can fall on roads if the winds blow fast.

Sure enough, fires in the fields were lit by farmers to clear their fields of the crop residue. It is understandable when someone reasons that there is no viable alternative available to burning of crop residue, but not dousing it when it has served its purpose seems criminal. After all, a spark neglected can burn a house.

“The trees alongside roads are slowly dying. Some of these are fully grown. It would take 20 years for a tree to attain such size,” said Harmeet Singh, a resident, adding that accidents have occurred in the past when the damaged and week trees had fell on roads during fast winds.

If farmers are at fault for causing damage to trees, the local administration, too, does not seems serious enough to increase the green cover. A large number of decorative palm trees planted on the divider on Majitha road just before the Assembly elections were uprooted on Wednesday.

Sources in the Municipal Corporation said the palm trees were procured at exorbitant prices, which now have dried due to lack of care. “These were procured at a price of over Rs 30,000 per tree,” claimed an insider.

When it comes to beautification and tree plantations, the costly palm trees are the politicians’ foremost choice. Umpteen times, environmentalists and common residents have suggested that native shade and fruit trees, which are hardy and conducive to the local weather conditions, should be planted.

“These palm trees have no shade, bear no fruit and do not even support nests of birds. Even their wood cannot be used for making any furniture, but still these are being used as these look good in pictures,” a local resident said.