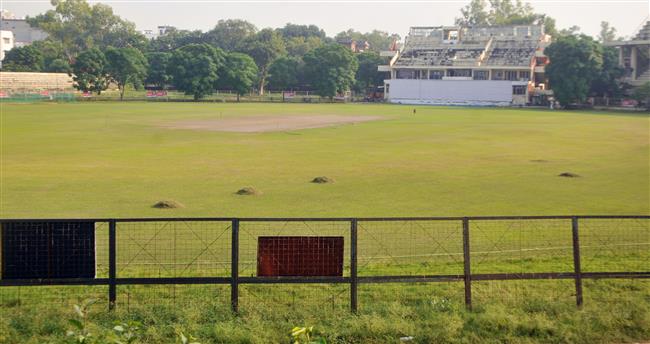 A view of Gandhi Ground in Amritsar on Tuesday.

Reacting to publication of the news on his Twitter handle he said the city of Golden Temple deserved an international ground. He stated on his account “Amritsar will have an international cricket stadium with other sports facilities too. Already I had discussed the matter with the Chief Minister, Bhagwant Mann. I will do every possible work to make sure this dream come true”.

Michael Raul, a local cricket enthusiast, said Harbhajan as a Ranji player had played couple of matches at the local Gandhi ground also he is well aware of the infrastructure the city has like an international airport, chains of luxury hotels including others. Another advantage is of direct road link with Pakistan which is another cricket playing country. A large number of spectators could come to watch matches here. It will eventually give boost to local hospitality industry.