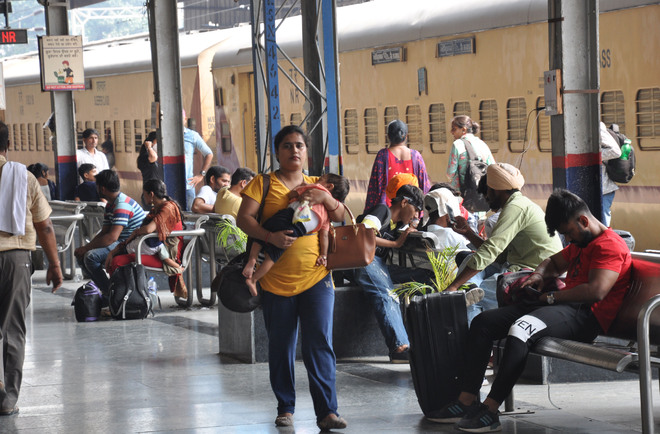 Waiting game on: Passengers wait for their respective trains at the Amritsar railway station during the Bharat bandh call by farmers on Monday. Photo: Sunil kumar

The Bharat bandh call given by the farmers’ organisations caused inconvenience to a large number of passengers as the Northern Railway’s Ferozepur division cancelled six trains and rescheduled three from the Amritsar railway station on Monday.

A large number of passengers had to reschedule their journey and other commitments due to the bandh call given by farmers to protest against the three farm laws. — TNS