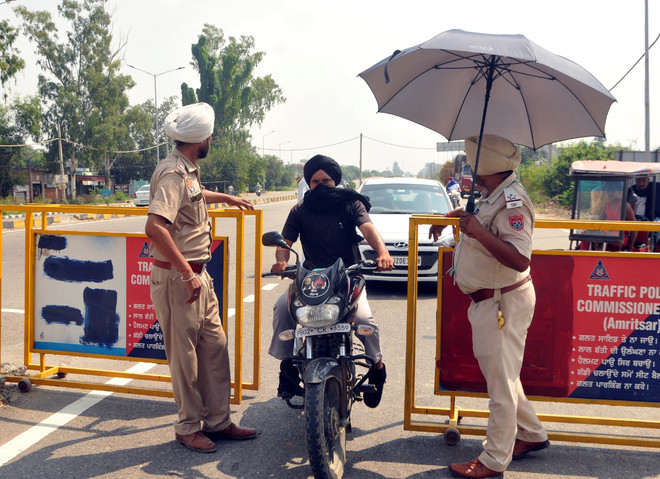 Cops during a naka put up on a road during the Bharat bandh call in Amritsar on Monday.

The Punjab Police remained on their toes in view of the Sanyukt Kisan Morcha’s Bharat bandh call. Various farmers’ organisations and communist parties held demonstrations at around 12 to 13 spots in the outskirts of the city.

Though a majority of shops remained closed and there was less traffic on road, the police teams diverted traffic of essential services.

“We made sure that the supply of emergency services are not disrupted,” said Deputy Commissioner of Police, Parminder Singh Bhandal, adding that as many as 2,500 cops were deputed at key points and near the spots where agitations were held. Senior police officials were deputed at the points and security arrangements were supervised by DCP Bhandal himself.