Cause accidents on main roads and lead to frequent snarl-ups 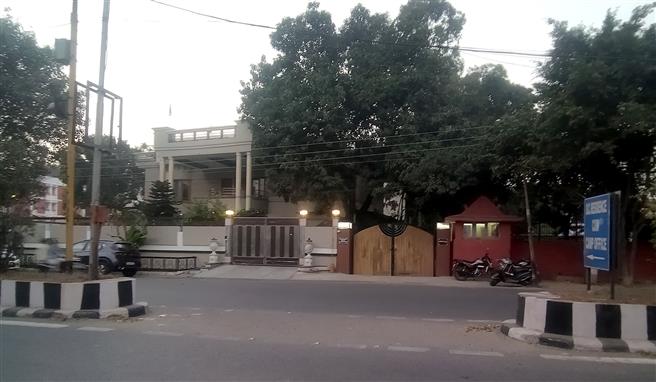 The gap in a divider in front of the official residence of the Deputy Commissioner in Amritsar. Sunil Kumar

Big gaps in dividers on the one-way roads hinder the smooth flow of vehicles and cause accidents on main roads of the city besides posing a risk to the lives of commuters. These open passages in dividers were once constructed to facilitate vehicles coming out and entering the adjoining colonies to escape long routes. Since the number of vehicles has alarmingly increased all these years, these gaps have become a traffic nuisance.

Notably, a similar gap in the divider has been in existence outside the gate of the deputy commissioner’s residence for the past several years, unmindful of the fact that there is a Green Avenue intersection only some yards ahead. The official residence of the DC is situated on the corner side of the colony and the front gate lies on the Maqboolpura road. This is not an instance in isolation as such examples are rampant across the city where gaps in dividers appear just before the intersection.

To facilitate the smooth flow of traffic on the main roads of the holy city, a large number of these were declared one-way during the past two decades. Their numbers have sharply increased in the last seven years.

Anil Vinayak, a resident of Race Course road, said there are 15 gaps in the divider erected on the 1.5 km stretch from Rattan Singh Chowk to Maqboolpura. Similarly, 20 gaps exist in the divider of the 2 km stretch from Sant Singh Sukha Singh (SSSS) Chowk to Green Field Colony on the Majitha road. So, traffic has become unmanageable on these roads and traffic cops also seem to be helpless.

Similar gaps are found under the nearly 3.5 km elevated road which are juxtaposed with green belts. Many a time, heavy vehicles while taking a turn eclipse the entire view of motorists who invariably fear ramming their vehicles into those unseen approaching vehicles coming from the opposite directions.

Jaspreet Singh of Green Avenue said commuters on the colonial era Court road and the Mall road also face similar situations. The stretch of the GT road, especially in front of the Khalsa College and the Guru Nanak Dev University (GNDU) become extremely risky due to the plying of speeding heavy vehicles and the existence of a number of gaps between the dividers.

Harpreet Singh Sudan, Deputy Commissioner, said he would take up the matter in the periodic meeting on traffic which is held with officials of the traffic police, MC and district administration. He accepted that keeping in view the deteriorating traffic situation in the city, they arrived at the conclusion that an expert should be engaged to find a solution for handling the traffic rush.