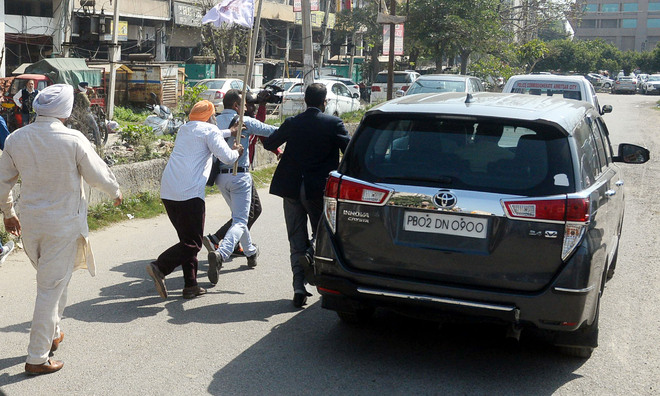 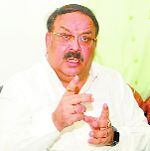 These protesters are associated with the Left parties. I will consider them farmers if they quit their political membership. They have been misguiding the farmers about the central agricultural laws. — Shwait Malik, BJP MP

As Malik came out of the office, a farmers’ group, under the banner of Kisan Mazdoor Sangharsh Committee (KMSC), blocked the exit gate and started raising slogans. A heavy contingent of the police, deployed there, facilitated the cavalcade of Malik to pass through and averted any untoward incident.

Malik said the protesters were not “real” farmers, but a group of people with ulterior political motives. “They are associated with the Left parties. I will consider them farmers if they quit their political membership. They have been misguiding the farmers about the farm laws that were enacted for the benefit of farmers,” he said.

It is not the first time that Malik and other senior leaders had to confront agitating farmers of the same farm organisation. On December 7 too, Malik faced protest during the foundation stone-laying ceremony of BJP’s new office in New Amritsar.

Meanwhile in Jalandhar, as BJP leader Vijay Sampla today returned to his hometown after taking charge as National Commission for Scheduled Castes chairman, members of BKU (Rajewal) indulged in sloganeering against him and other leaders. BKU spokesperson Kashmir Singh and other union members were among protesters.