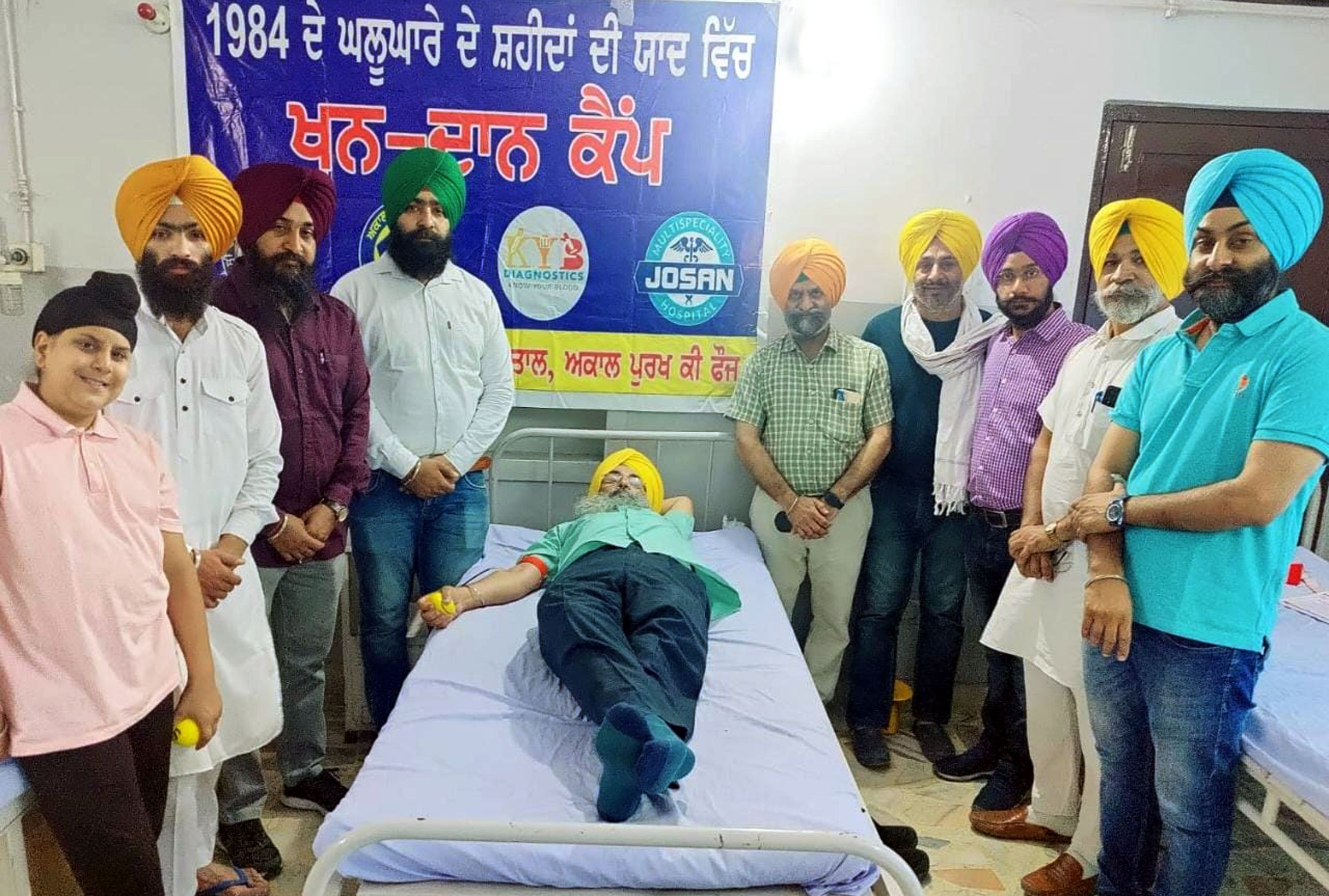 To mark the anniversary of Operation Bluestar, a blood donation camp was held by the Akaal Purkh Ki Fauj (APKF) on Monday. Tribune photo

To mark the anniversary of Operation Bluestar, a blood donation camp was held by the Akaal Purkh Ki Fauj (APKF) here on Monday.

The APKF has been organising the camp for the past over 25 years to remind the government that the community, which sacrificed a lot for the country, was victimised in a communal pogrom.

“Yet we did not give up our age-old custom of sacrifice by donating blood,” said Jaswinder Singh of the APKF. He said ‘Sarbat Da Bhala’ was their motive.

The blood donation camp organised by the APKF on June 6 to commemorate the Army operation at the Golden Temple was inaugurated at Jason Multispeciality Hospital, Maqboolpura after saying of prayers.

Meanwhile, in a separate programme, Nishkam Sewa organisation held it eighth blood donation camp on Monday, wherein 40 units were collected. Kishore Raina, president of Nishkam Sewa, said this camp was held only a month after conducting the previous camp.