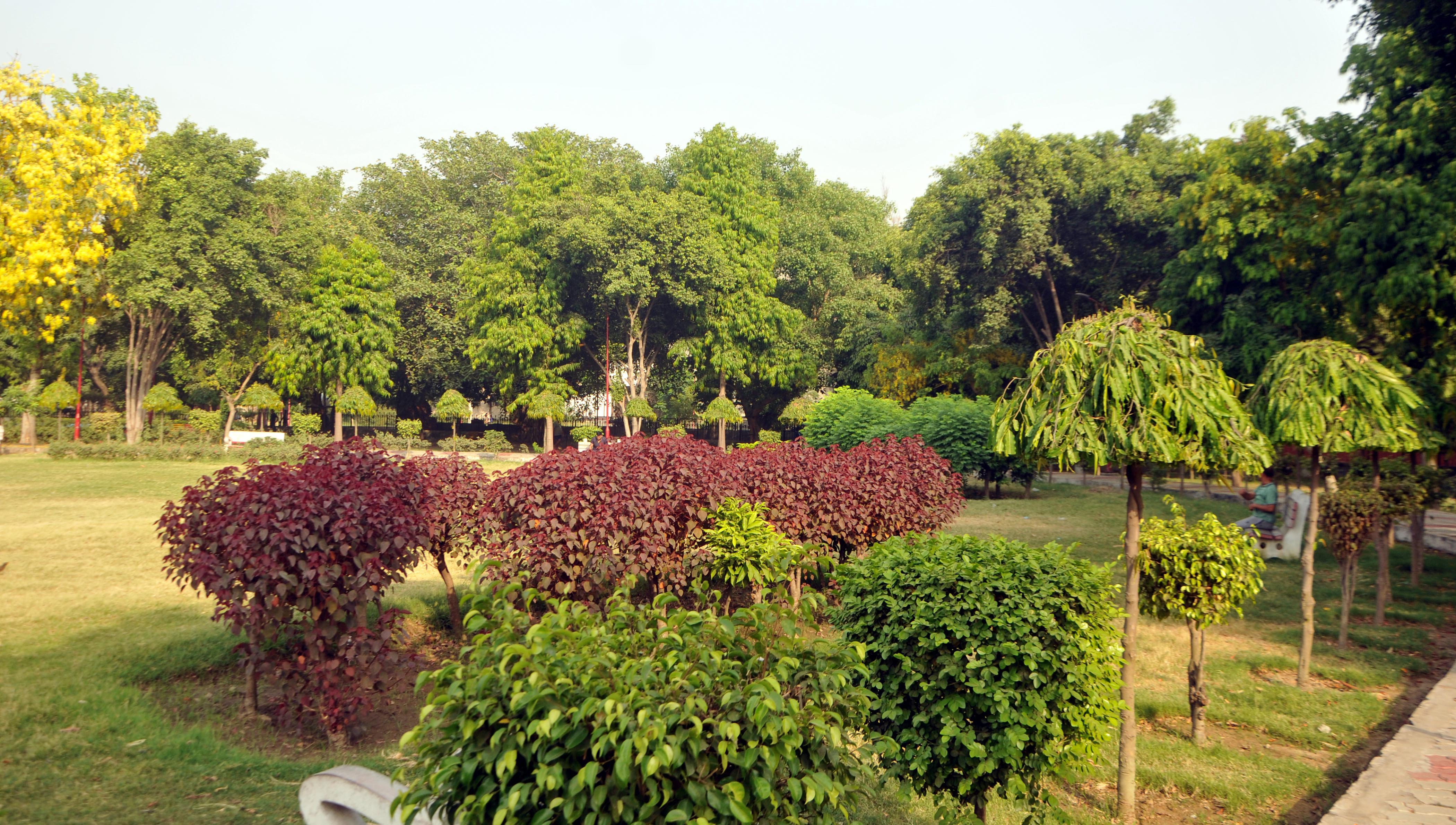 Ever since its inception, the holy city founders have given due importance to having a green cover. Tribune reporter Charanjit Singh Teja and lensman Vishal Kumar explore the length and breadth of the city to know more...

There are several claims that Amritsar used to be a city of gardens ever since its inception. Guru Ramdas, the founder of the city, had planned it with gardens and dug a large sarovar near Santokhsar Bagh. Guru Arjan Dev, the fifth Sikh Guru, developed the first garden in the city on the eastern side of the Golden Temple, which is called Guru Ka Bagh. A century ago, the walled city had a small garden in every locality. Most of these gardens have now been encroached upon, developed as localities or turned into parking lots.

Dr Anand Gabha, who penned a book, ‘Amritsar: A Study in Urban History’, mentions several names of gardens, which existed till the annexation of Punjab by the British (1849). The gardens, including Bagh Samsher Singh; Bagh Attar Singh in Katra Dal Singh; Bagh Santokhsar; Bagh Ralia Ram; Bagh Kalalan; Bagh Ahluwalia near Dhab Ahluwalia; and Bagh Ramanand, were prominent in the city. Some of these gardens existed till 1947, but now, there is no clue about them. Only Jallianwala Bagh was saved due to its historical relevance and the green cover is being reduced in the name of development.

Maharaja Ranjit Singh developed the Ram Bagh after the fourth Sikh master Guru Ramdas, the founder of the city. It was constructed on the pattern of Shalimar Bagh, Lahore. Ram Bagh was renamed Company Bagh during the British era. The original pattern of Ram Bagh was similar to the Mughal-era gardens.

The Summer Palace of Maharaja Ranjit Singh was located at the centre of the four separate gardens. The British had razed the boundary walls and constructed roads and buildings in the gardens. During excavation, evidence of a boundary wall was also found around Chahar Bagh. The Agrological Survey of India tried reviving the original structure of the garden, but failed due to encroachments.

Trees and gardens have great importance in Sikhism. In the old Sikh manuscripts, the nihangs used to call trees as Sabj Mandir (green temples). With the start of construction of the main building of Darbar Sahib, Guru Arjan Dev, the fifth Sikh Guru, also started developing a garden at the Darbar Sahib premises, which later got the name ‘Guru Ka Bagh’. Guru Arjan Dev recited Bara Maha (bani), about the changing moods of nature over the 12 months of the year, in this garden. The Manji Sahib hall and Guru Ramdas langar hall have been constructed over the land now. The Guru Ka Bagh has been turned into a small park, where the SGPC has planted ornamental plants.

The historic Bagh Akalian, which was once the most visited place in the holy city, lies in utter neglect. Bagh Akalian was attached to Akal Bunga (Akal Takht). It was one of the most prominent gardens in the city. It was also shown in the map of 1849 prepared by the British administration. The bagh was developed in the misl period and later renowned Sikh warrior Akali Phoola Singh used to take care of it. Later, the garden became the assembling point for the Akali activists, who used to take part in the ‘morchas’ (political movement against the British rule) during the early 19th century.

SGPC developed a market in the garden called Akali market after Partition to get revenue. Most of the shops are now closed and ownership cases are sub judice. A precious place lying in pathetic condition, but the old trees are still flourishing.

A number of trees in Ram Bagh are more than two centuries old. Ram Bagh has many rare varieties of trees and a number of these dates back to the 19th century. Some of the varieties only grow in the Himalayas and the Nilgiris. Numerous trees have dried up and fallen due to the pest attack in the past. The authorities made tall claims to preserve such trees, but did nothing. From the founder of the city to the successive governments, several gardens have been established in the holy city contributing to its green cover. At present, the condition of the historical gardens, however, is not satisfactory. But residents have rich memories, especially when they seek respite during the scorching summer months.

Sakatri Bagh, which was renamed Raminder Singh Bolaria Park, during the SAD-BJP regime is one of the oldest gardens in the city. The garden is facing concretisation for the past some years in the name of development. It has again been closed to visitors as construction of a cycling track is going on.

It is a breathing space for the walled city residents. The MC has developed the garden in a modern way by adding a few parks. The open-air gyms, walking and cycling tracks and infrastructure for children have been developed. A large number of residents visit the Gol Bagh daily.