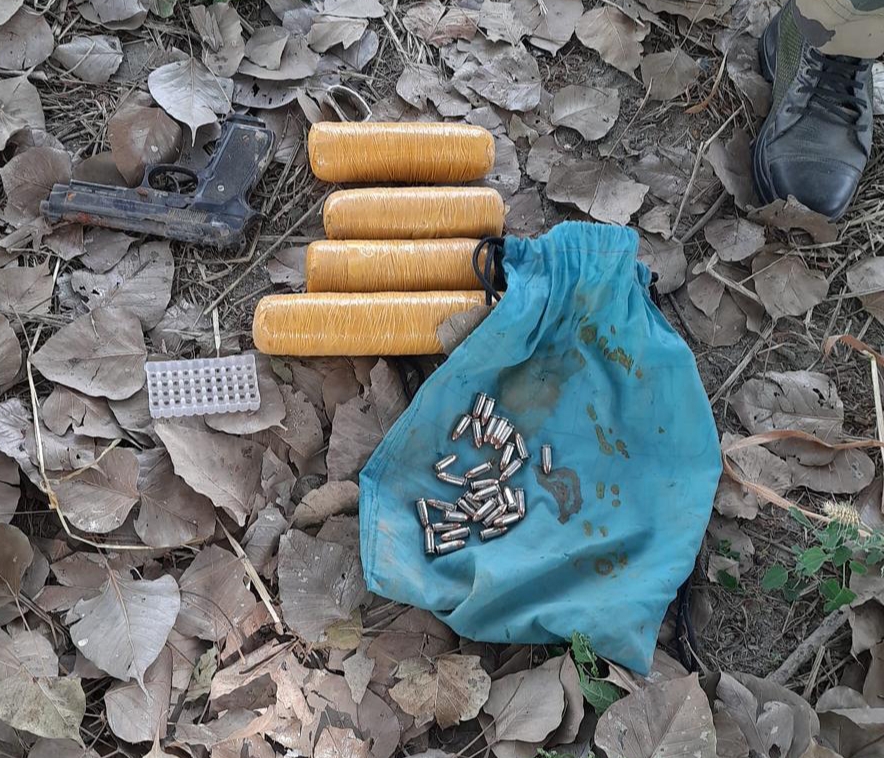 The BSF recovered heroin weighing 2.1 kg from near the India-Pakistan border in the Amritsar sector on Tuesday.

Amritsar: The BSF recovered heroin weighing 2.1 kg from near the India-Pakistan border in the Amritsar sector on Tuesday. The officials said the BSF troops of Amritsar sector were monitoring harvesting activities of Indian farmers working ahead of the border fence when they saw a blue cloth bag near a tree. During search, they recovered four packets of contraband items suspected to be heroin, weighing 2.110 kg, wrapped in a yellow adhesive tape with one pistol, a magazine and 37 rounds. TNS

Tarn Taran: A vehicle lifters’ gang was busted by the Sarhali police on Monday with the arrest of two persons from the national highway near Naushehra Pannuan village. A stolen bike was also recovered from the accused. ASI Gurpal Singh, in-charge of Naushehra Panuaan police post, said the accused had been identified as Manga Singh and Vikramjit Singh of Naushehra Pannuan. The ASI said the accused were on their way to sell the stolen motorcycle, when they were nabbed. A case under Sections 379 and 411 of the IPC has been registered against the accused, the ASI said.