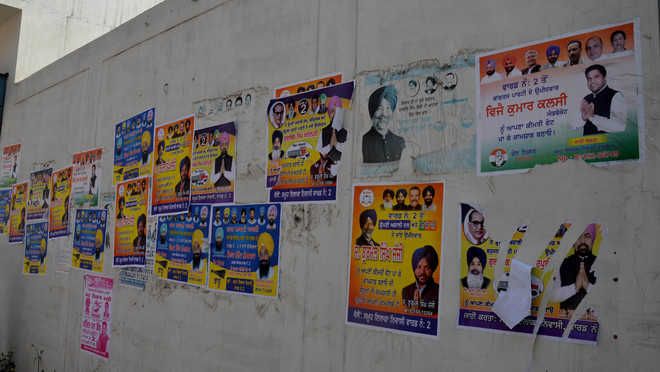 Electioneering is expected to intensify in the coming days as candidates contesting the Assembly poll would be able to file their nominations with the Returning Officer of their respective constituency from Tuesday.

The candidates would be able to file their nominations till February 1. However, January 26 and January 30 being public holidays, the nominations would not be filed on these days.

The scrutiny of nomination papers would be done on February 2. Candidates desiring to withdraw their nominations would be able to do so till February 4.

The political picture in all 11 constituencies of the district would partly become clear when the nomination process is completed. Since many candidates contesting as Independents, as they are miffed with their respective parties for not getting the ticket, withdraw their nominations at the last moment, the final picture would be revealed only after February 4.

Deputy Commissioner-cum-District Election Officer Gurpreet Singh Khaira said only two persons would be allowed inside the Returning Officer’s room along with the candidate at the time of submitting of nominations. Candidates will also be able to complete formalities related with the nominations by visiting the online portal https://suvidha.eci.gov.in. After completing the process, candidates can take a printout of the form and submit it with the Returning Officer.