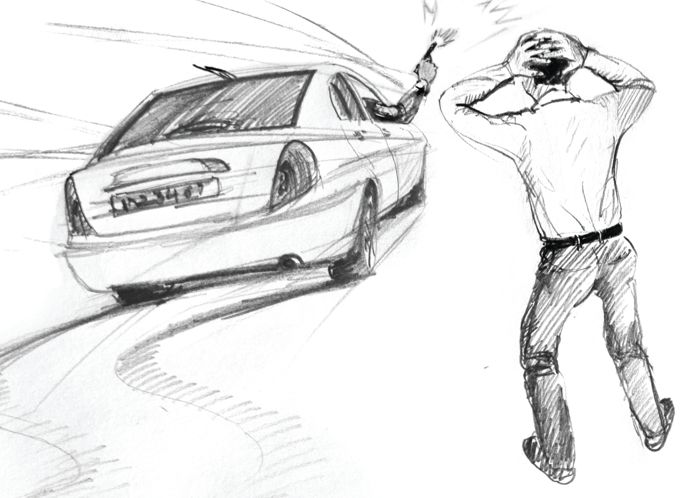 A man was targeted by three carjackers near Bebe Nanki Mother and Child Care Hospital at Guru Nanak Dev Hospital (GNDH) here late on Wednesday evening. The accused were later arrested by the police at a checkpoint on 88-feet road.

Bachittar Singh, a resident of Khalra in Tarn Taran, runs a medical store. He had come to meet a relative at GNDH and was returning from the backside of the hospital, where the oxygen plant has been installed.

The victim said around 7.30pm, he was passing through the spot located on the backside of Bebe Nanki Mother and Child Care Hospital, when around six persons suddenly came out from the bushes and wild growth of plants. They pointed sharp weapons at him and pulled him out of his car (HR-51-BS-2268) and snatched his purse and other belongings. He said his purse contained Rs7,000 cash besides registration certificate of the car, driving licence, Pan card and ATM card among other things. They pushed him out and fled in his car.

Investigating Officer Davinderjit Singh said as checkpoints were installed in different parts of the city for security reasons in view of the counting of votes on Thursday, the accused were intercepted at a naka of 88-feet road. They had removed the number plate due to which the police got suspicious. They could not produce documents and give satisfactory answer to the queries of the police. The police later got the information of carjacking incident, following which they were caught.

Those arrested were identified as Ashwani, Sukh and Karan. The police have registered a case under Sections 379-B (2), 148 and 149 of the IPC, which was later amended with addition of Section 411 of the IPC. Besides car, the police recovered sharp weapons from them.

The accused would be produced in court on the expiry of the police remand on Saturday. The ASI said raids were on to nab the remaining suspects identified as George, Joban of Sanjay Gandhi Colony, and Joban and Vijay or Loharka Road.