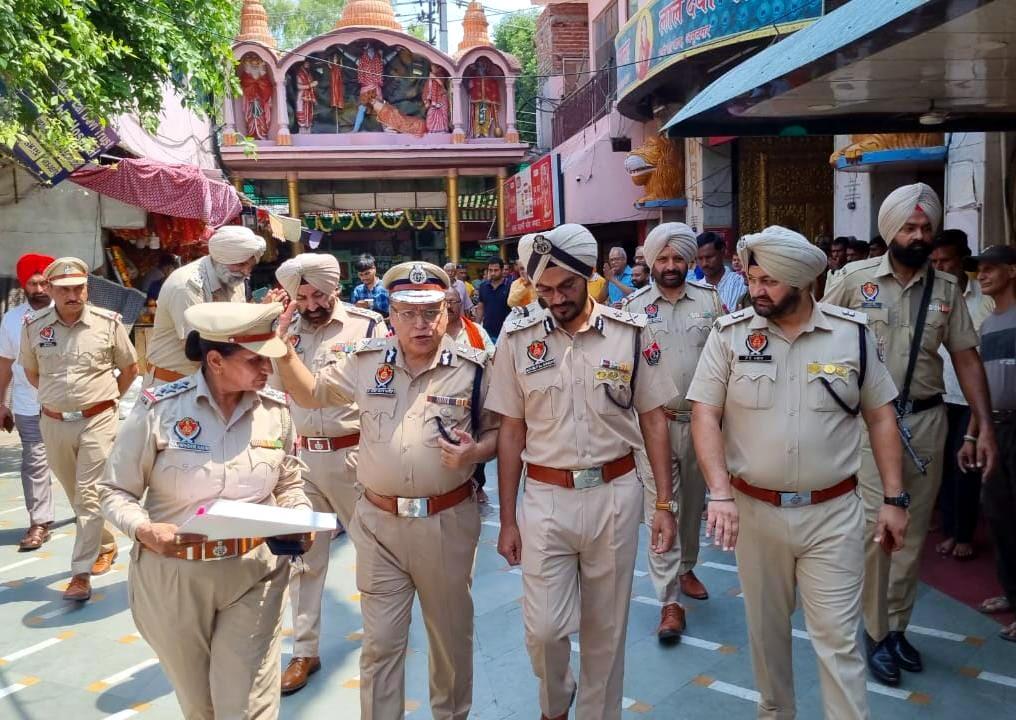 ADGP Naresh Arora (2L) and other officers during a visit to a temple in Amritsar. Tribune photo

While interacting with senior police authorities, he asked the managements of these shrines to install better quality CCTVs at shrines.

He said on the directions of DGP Gaurav Yadav, senior police officers from the Punjab Police headquarters were checking security arrangements at various religious places across the state following the Tarn Taran incident. He said anti-social elements were trying to create a rift between different communities to disturb the peaceful situation in the state.

While talking to senior police officers, he asked them to increase PCR teams and patrolling near vulnerable places. He also asked managements of religious places to install CCTVs at various routes to the shrines.