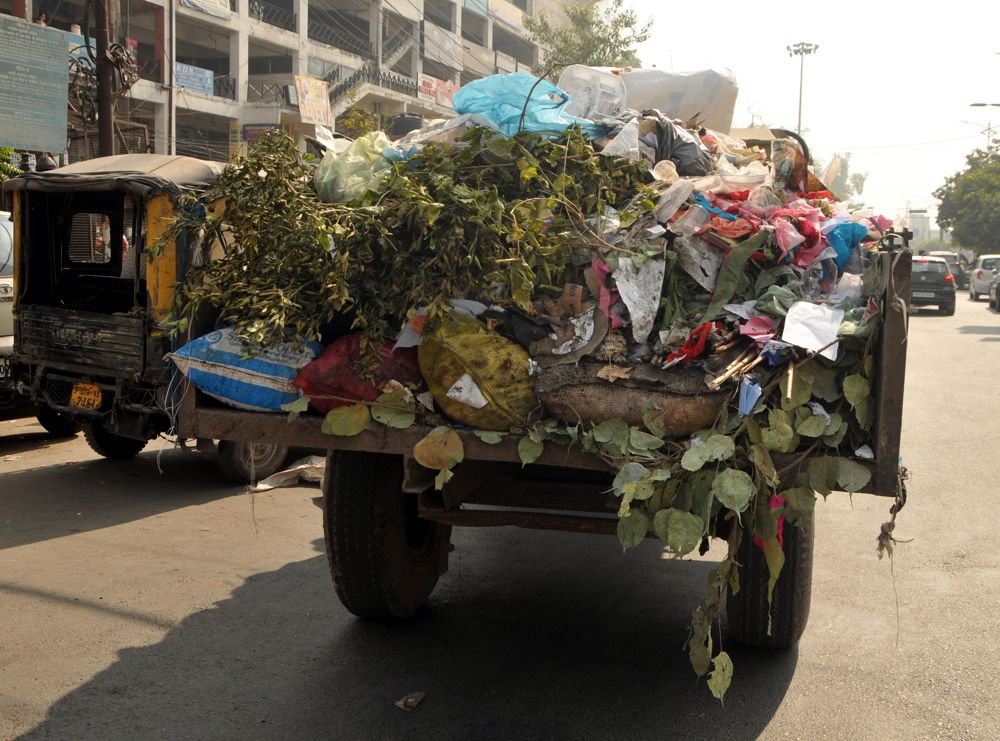 Even as the government schemes such as the Swachh Bharat and Smart City project are in place, the Amritsar Municipal Corporation is yet to find a smart way to transport garbage, packed securely in them, to the dumping sites.

The garbage collected from different areas of the city is still being transported in uncovered and open vehicles. Most of the garbage collection trolleys and trucks do not even have the lids at their tail ends.

As a result, dried leaves and envelopes, part of the garbage being transported, came flying off the MC vehicles and settling on the roads. Besides, the foul smell emanating from the waste too makes it difficult for the following commuters to drive their vehicles.

As per the norms, garbage from the collection points has to be shifted to the dumping site in closed vehicles. At least the open trucks and trolleys are required to be covered with tarpaulin sheets.

The open garbage collection vehicles have become a nuisance for both commuters and residents.

Residents complain that no change in the system has been witnessed even after the change of guard in the state. “The city now has five new MLAs and the Mayor from the same party. None of the new elected representatives has so far took note of the problem being faced by the residents due to open garbage collection vehicles,” said Sewak Ram, a local resident.