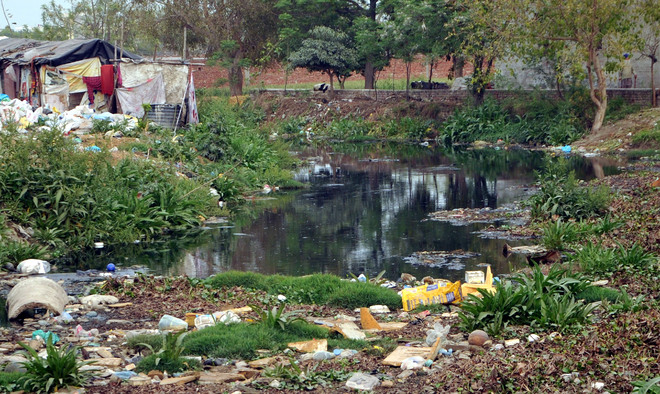 Though the Ministry of Housing and Urban Affairs had introduced the Water Plus (+) component under the Swachh Bharat Abhiyan in 2019, the Municipal Corporation of Amritsar (MCA) is yet to adopt the protocols in the city.

Several cities of the state have already applied for the certification after providing the required infrastructure but here most of the officials of departments concerned in the MCA are not aware of the Water Plus (+) component of the Swachh Bharat Mission (SBM).

Mayor Karamjit Singh Rintu and MCA officials are hoping for improvement in its rankings under Swachh Survekshan 2021 but the infrastructure for one of the major components is missing in the city. The certification would help the city to improve its rank in the survey.

Moving beyond Open Defecation Free (ODF), ODF+ and ODF++, the Water Plus (+) protocol aims to provide guidelines for cities to ensure that no untreated waste water is discharged into the open environment. The Municipal Corporation (MC) is releasing sewer water in Tung Dhab drain and Sewerage Treatment Plants (STPs) are also insufficient as compared to water discharge. There are some areas on the outskirts where toilets and waste water is not being discharged in sanitary outlet in the absence of sewer line.

Dr Yogesh Arora, Municipal Health Officer (MHO), said, “The Water Plus component is not under our preview as the Operation and Maintenance (O&M) wing takes care of it.”

Despite repeated attempts, Anurag Mahajan, Superintending Engineer, O&M, did not respond to the phone calls. Other officials of the department were not aware of the Water Plus certification.

Manjit Singh, Executive Engineer (O&M), said, “We have three sewerage treatment plants functional in the city. The capacity of STPs at Bharariwala and Gaunsanbad is 95 MLD each. Another STP at Chatiwind with a capacity of 27 MLD is also functional. Over 90%area of the city is covered with sewer line.”