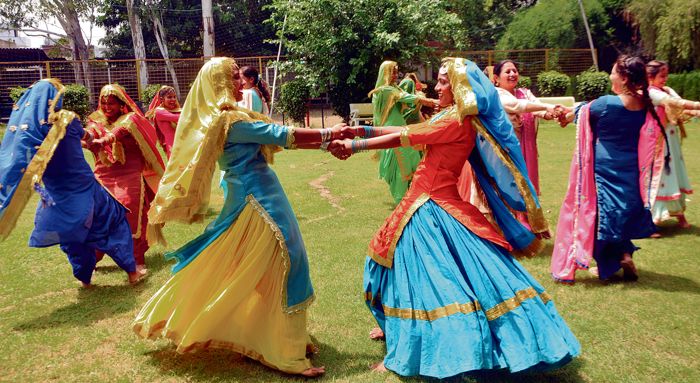 IN high spirits: Dressed in traditional attire and adorned with ornaments made out of flowers, women perform giddha, sing folk songs, apply mehandi and take swings during Teej festivities in Amritsar.

Teej, a festival celebrating the onset of monsoon, is called Teeyan in Punjab and generally associated with women. It is the celebration of nature and its abundance during this period. The festival is synonymous with well-being, affluence and happiness. Teeyan is associated with faith, fervour and lots of feasting. Women, dressed in bright and colourful clothes, celebrate the festival singing and dancing. Tribune correspondent Neha Saini and lensman Vishal Kumar take you through the festivities of Teeyan. 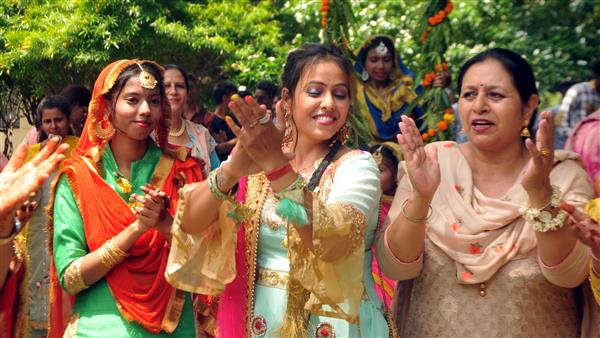 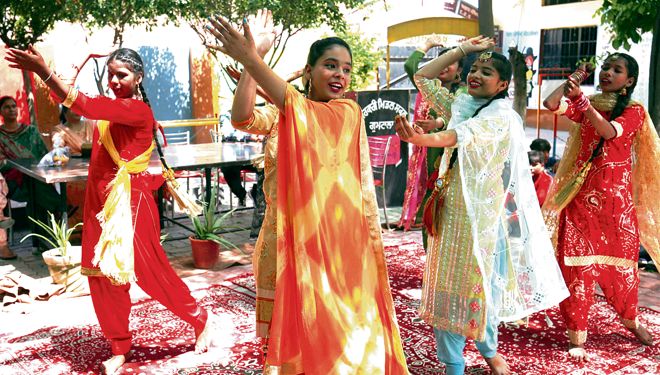 The celebrations of Teej in villages are full of bliss and vitality. Women and girls get together to carry out Teej rituals. After adorning their feet and hands with mehandi, women enjoy swings known as peeng. On this day, women dress up in colourful finery and wear jewellery made out of flowers. Women perform giddha and sing folk songs.

Songs and dances are considered the most significant and central part of Teej celebrations. Women liberally convey their feelings to their husband or lovers while dancing and playing on traditionally rich Teej songs. Teeyan is generally celebrated in the lunar month of sawan, considered a holy month when Lord Shiva is worshipped. Historically, Teeyan was celebrated by young, newly wedded women, who used to go to their maternal home during sawan to celebrate Teeyan. While the festivities used to stretch to weeks, current times restrict the festivities to a single day.

When in Amritsar, how can any festivities be complete without mentioning delicacies. Kheer and malpua form an indispensable part of Teej celebrations. Another traditional delicacy is gulgulay or sweetened deep fried flour dough cakes. They are usually prepared in every home as a sawan treat. Other sweet dishes prepared during the month include halwa, pooray or sweet flatbread and manday.

Another religious aspect of the month of sawan is that according to the Hindu mythology, Teej is marked as the day when Parvati arrived as Shiva’s consort at Kailash. The festival represents a woman’s love, dedication and respect to her spouse, something that is still marked as newlyweds throng temples decked up as brides to offer prayers.

Many colleges and schools across the state arrange cultural programmes and competitions to celebrate Teeyan. With traditional and cultural themes, these competitions include dance, mehandi, singing, painting and rangoli-making, etc. Young girls eagerly take part in beauty contests which are planned in colleges.