To gherao Transport Minister on August 15 if demands not met 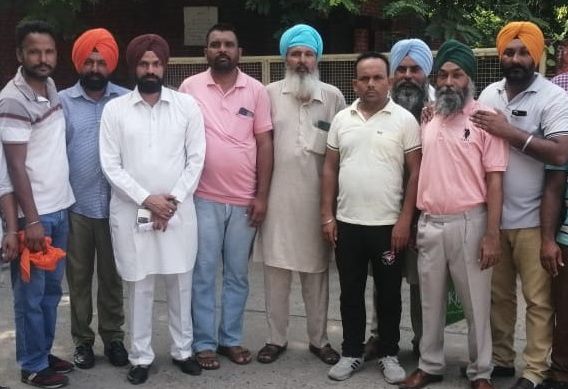 Contractual workers of the Punjab Roadways hold a protest against the state government on Tuesday. Photo: Gurbaxpuri

Contractual employees of the Punjab Roadways and PRTC held a gate rally in front of the gate of the local roadways workshop here on Tuesday. They were demanding the regularisation of their services and other demands.

The rally was organised under the banner of Punjab Roadways, Punbus and PRTC Contract Workers’ Union. While addressing on the occasion, Satnam Singh Tur, depot president, and other leaders said the assurance given by the AAP-led Punjab Government to regularise the services of 35,000 employees was nothing but a cheating. The leaders said as per the policy of the government, the services of not even a single employee would be regularised.

The leaders said announcements made on occasions by Transport Minister Laljit Singh Bhullar were mere lies. They said the AAP government was claiming to end the mafia raj in the transport sector, but according to the new transport policy, inducting buses of big private bus operators in the PRTC it would lead to a loss of Rs 158 crore in the coming six years.

The leaders demanded the implementation of ‘equal work equal pay’ principle, besides the acceptance of other demands. Ravinderjot Singh, Gurpreet Singh and Ranjit Singh were among others who spoke on the occasion.

The union has declared to gherao the Transport Minister on August 15 in case their long-pending demands were not fulfilled.