Commuters taking BRTS lanes at their own peril 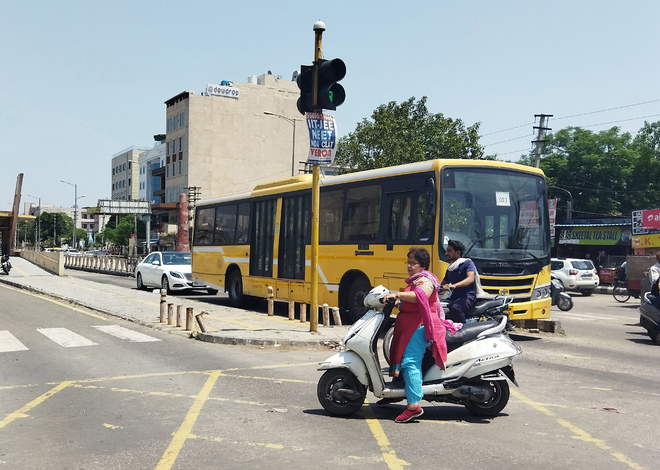 Commuters drive their vehicles on the Bus Rapid Transit System corridor in Amritsar on Friday.

Even after several fatal accidents, including death of a motorcyclist on Thursday, the commuters are still using the corridor of Bus Rapid Transit System (BRTS). Coursing BRTS lane often causes accidents as commuters, including four-wheelers drive at high speed, especially at night.

Though the corridor is dedicated passage for BRTS but hundreds of commuters use it daily. In the absence of enforcement of rules, the accidents have become a regular affair.

Gopala Dhawan, a traffic expert, who studied the accident patterns at BRTS lanes said, “We can’t blame one person for these accidents. No doubt the number of accidents is too high. The infrastructure is one thing that authorities have to install signage of no entry of other vehicles and dedicated bus lane on every entry point. Such signage is missing on the route. Secondly, the authorities have to educate the commuters and city residents about the rules and risks. If the commuters again violate the rules, then there should be strict enforcement of them.”

A 55-year-old shopkeeper died on the motorcycle lane on Thursday. The deceased has been identified as Raman Kumar, resident of Ranjit Vihar. He was returning after attending a cremation of a relative. The police have filed the proceedings in this regard. The metro bus heading towards the railway station from the India Gate also collided with the railing of corridor and got badly damaged. In the accident, 10 passengers on board had a narrow escape.