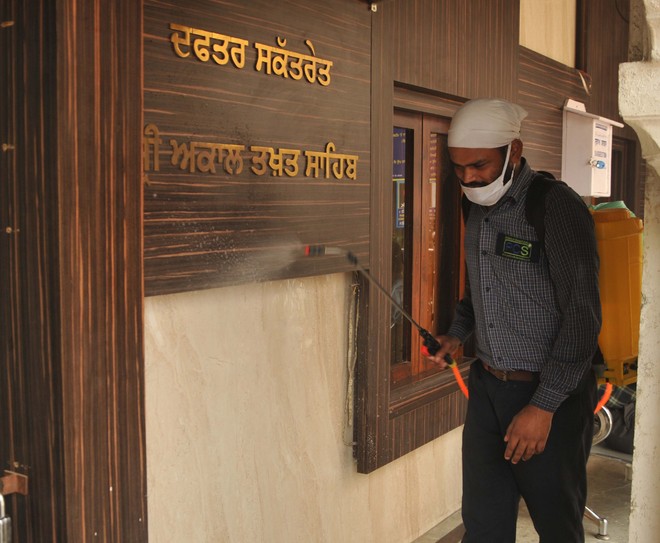 The district reported two more deaths on Friday, taking the total number of casualties due to Covid-19 to 52. One of the deceased was identified as 48-year-old Bobby, a resident of Lahorian Wali Gali, who was getting treatment for the infection at Guru Nanak Dev Hospital. The victim was also suffering from liver cirrhosis and hypertension.

The other deceased, identified as Dharamveer (72) , a resident of Vijay Nagar area, was also admitted to the same hospital. He was also suffering from diabetes and hypertension. The border district also reported 16 new positive cases, taking the total number of cases to 1,076. Of the new positive cases, 14 showed symptoms of influenza-like illness (ILI) and two were contacts of Covid patients.

Two contacts of positive cases were reported from Preet Nagar locality on the Batala road. So far, a total of 874 patients were discharged and the number of active cases in the district stood at 150.

With 52 deaths, the district has a mortality rate of 4.71 per cent against the state’s average rate of 2.6 per cent.

Meanwhile, Tarn Taran district reported one fresh case of Covid on Friday. The patient was an unmarried girl from Uppal village in the Khadoor Sahib area.