Standard tests will tell others about their infection status, fear people 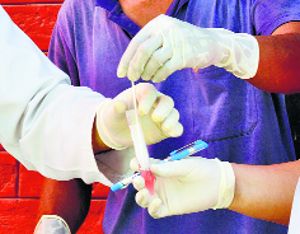 The social stigma attached with Covid is forcing people to conceal their health status as, instead of going for a RT-PCR or Rapid test, many are getting chest X-Ray and CT scans done to detect the infection.

While physicians can detect Covid infection with the help of an X-ray and CT scan report, RT-PCR and rapid tests are standard tests for detection of of Covid.

“Getting a positive report of a RT-PCR or rapid test means neighbours would come to know of your health sooner or later. It would be either due to visit of a health team or a health employee passing this information to his relatives in your area,” said Jagjit Singh, whose sister had tested positive earlier. Another resident said: “A street in our locality was referred to as ‘Corona wali gali’ after a family tested positive. When I test positive, the last thing I would wish to hear is somebody telling me that I had infected him or his family.” He added that lack of awareness and fear has resulted in people boycotting Covid patients, instead of extending help to them.

The administration had earlier asked all diagnostic labs to report details of patients with Covid-19 symptoms coming for scans as X-ray and others. “Such patients usually exhibit mild symptoms but if they do not follow proper isolation guidelines, they can infect others,” said a health department official, adding that RT-PCR and rapid tests were being done free of cost at government hospitals.