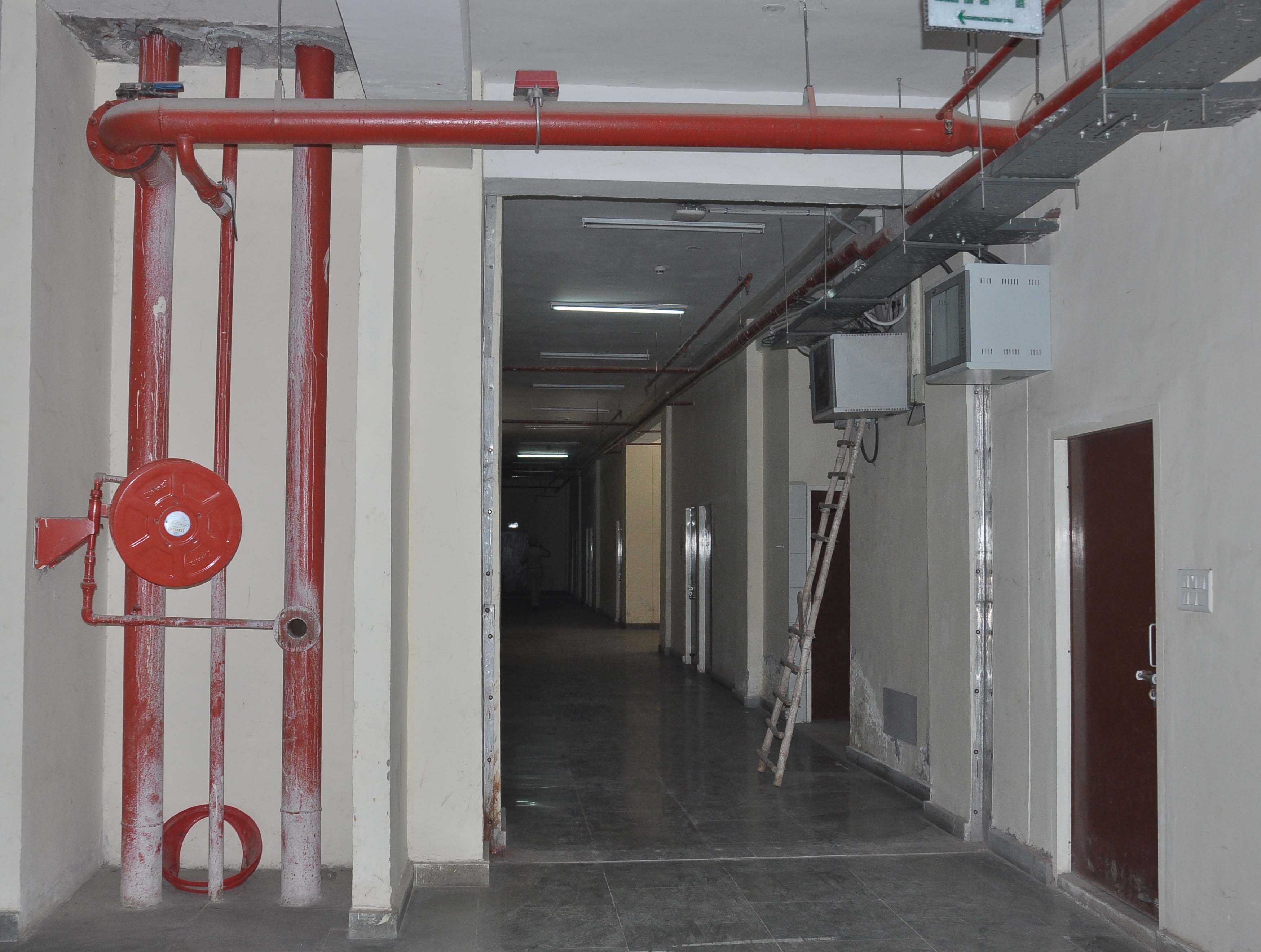 While the DAC is fully equipped to meet any eventuality.

The newly constructed District Administrative Complex (DAC) boasts of having almost all fire-fighting equipment, fire alarms and other features in compliance with the standard fire safety norms to tackle any fire eventuality.

However, the same features are missing on its other premises housing a variety of offices.

The offices of Excise and Taxation I and II, both being housed in an old and rickety building on the prime Court Road, do not comply with the fire safety norms. Officials said buildings at the complex were dilapidated and unsafe. So, there was little or no scope of incorporation of material. Besides, there is no point of investing as offices are likely to be shifted to the DAC.

Another cause for concern is the premises having offices of District Development Panchayat Officer, District Education Officer, both secondary and elementary. Situated close to the district courts, the entire complex has outlived its life and as per plan, these will be shifted to the DAC.

Perhaps, taking a cue from a massive fire that had broken out at the erstwhile Deputy Commissioner’s office in 2015, the new premises complied with all fire safety norms. Over 150-year-old structure, that had already been declared unsafe by the Public Works Department, had led to extensive damage to the heritage building and also destroyed the invaluable records pertaining to revenue and the pre-Partition era.

In contrast to the erstwhile DAC, the new state-of-the-art building, built in sync with the Sikh architecture of the holy city, has got more than one entrance and exit to facilitate rushing out of more people in case of an emergency. With a total covered area of over 6 lakh sq feet, the complex has two wings — civil and police. Ample parking in the shape of two basements, the building boasts of a large meeting hall, two video-conference rooms, four lifts besides fire hydrants and alarms. There is a provision for separate entry for VIPs and the public.

However, the staff has a grouse that the building of DAC is not centrally air-conditioned as is the case with similar offices in other districts. They say that barring the ground floor, the rest of the floors sizzle in the hot summer and it is extremely difficult to work for long hours while perspiring.

Premises of several Suwidha centres, situated in different parts of the city to serve the public, are also equipped with firefighting equipment.