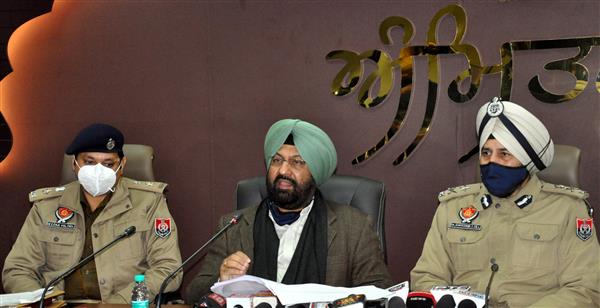 On the first day of filing nominations on Tuesday, no candidate from any political party or even Independents turned up to file their nominations from any of the 11 Assembly constituencies in the district.

It being a public holiday on Wednesday, candidates would now be able to file their nominations on Thursday only. Even as the process for filing nominations would end on February 1, the candidates have only five working days to complete the formalities.

The officials associated with the election said usually, very few candidates prefer submitting their papers on the first day, as they have to get their papers in order.

Tarn Taran: Of the four Vidhan Sabha constituencies of the district, only one candidate filed his nomination paper on the first day on Tuesday. Ranjit Singh Brahmpura filed his papers from Khadoor Sahib Vidhan Sabha constituency. The SAD candidate filed his papers before the Returning Officer-cum-SDM Khadoor Sahib. The nomination papers would not be filed on Wednesday, as January 26 is a public holiday. Ranjit Singh strictly followed Covid-19 precautions and was accompanied by his associates at the time of filing his papers. No one filed nominations from Tarn Taran, Patti and Khemkaran constituencies. OC