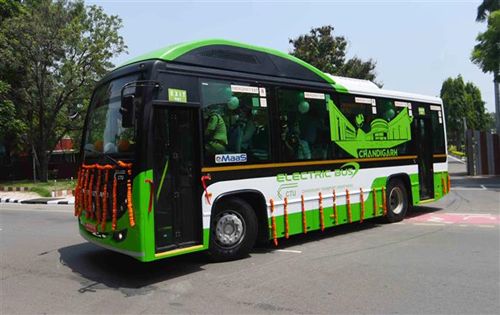 Announced a couple of years ago under the Smart City project by the Central Government, there has been no trace of even a single of the 30 electric buses so far. The buses were to be purchased to curb pollution in the city, which was counted among the most polluted cities in the state by several studies in the past.

The Ministry of Housing and Urban Affairs had earmarked these electric buses in the public transportation system to move ahead towards environment friendly greener energy to the city, which receives tourists from across the country and abroad all year round. This green mobility in the public transportation system was to provide feeder service to the already running Bus Rapid Transit system (BRTS).

Michael, a resident of the city, said the project would have helped reduce the rapidly increasing pollution here. In the beginning of this year, the holy city was listed in the non-attainment cities under the National Clean Air Programme (NCAP), meaning the city does not meet the national ambient air quality standards (NAAQS). This sounded an alarm bell to prevent pollution from going out of hand in the city.

Mayor Karamjit Singh Rintu said they would pursue the matter with the authorities concerned to get them released.