Despite no lockdown, around 70,000 migrants yet to return 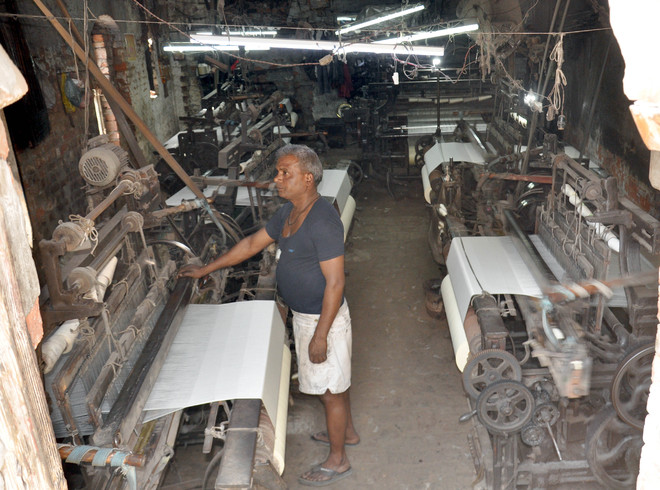 An employee works at a power loom in Amritsar. Sunil Kumar

Around 70,000 migrant workers out of nearly 2.5 lakh, who were engaged in different fields and left for their native places during the Covid-induced lockdown, have not returned so far. This was stated by the Uttar Pradesh Kalyan Parishad (UPKP), Punjab, here on Wednesday.

Ram Bhawan Goswami, general secretary of the parishad, said, “A large number of migrants who cannot earn more than Rs 10,000 per month back home have not returned to join their jobs in the city.”

He said a large number of migrants were treated unfairly by their employers during the Covid-19 lockdown as the balance of their salaries was not paid by their employers. He said many of these employers were shopkeepers and wholesale dealers whose shops are based within the walled city.

Goswami said, “Instead of returning here, workers are looking for work in the NCR and Gujarat because they are offered social welfare incentives like the provident fund, ESI, national holidays and minimum wages.”

On the other hand, local factories show multiple firms in documents to evade tax and workers working under a unit are shown in different firms, denying them benefits being offered to labourers. “The minimum wages of Rs 8,900 have never been paid to them though they are asked to perform duty more than eight hours.”

It was over a year ago that the local ESI hospital was announced to be upgraded to a model hospital. However, no effort was made in this regard. In reality, the hospital invariably remains short of staff.

Raju, who works at an embroidery unit, said he had put his house, situated in Preet Nagar locality in the Batala Road area, on sale. “I have asked my family back home to admit both children at some nearest school,” said Raju.

Santosh Kumar, a trained power loom worker, said he was getting work for five days a week and the unit remained closed for two days. “We are not being paid a fixed salary and wages are decided on a piece rate basis. Earning Rs 12,000 per month has become a difficult task. With this amount it is very difficult to feed a five-member family, bear education and medical expenses, besides paying room rent,” he said.