Despite spending crores on elevated road in Amritsar, chaos stays 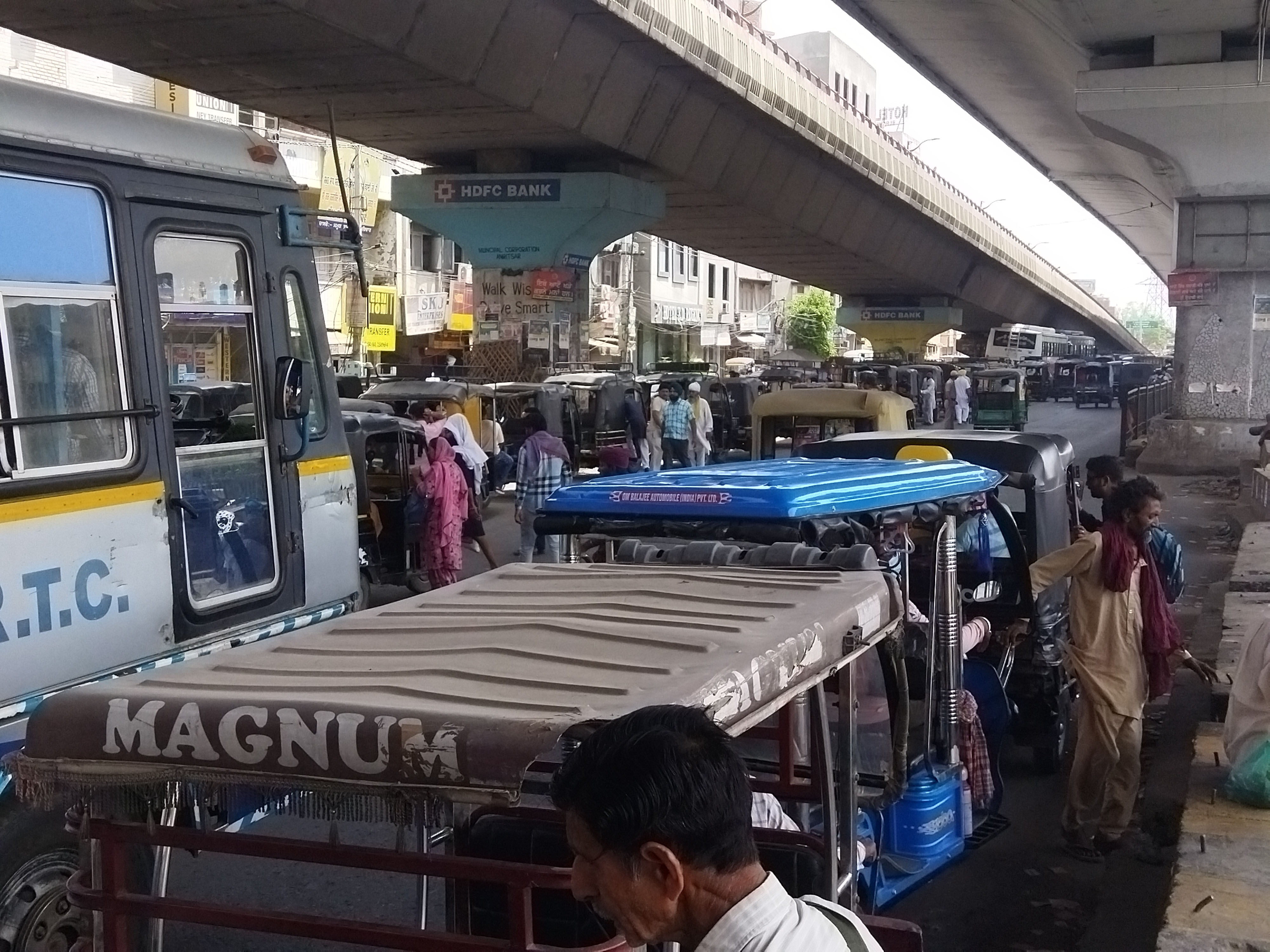 Traffic moves at a snail’s pace near the bus stand in Amritsar on Wednesday. Photo: Sunil Kumar

Constructed at a cost of crores of rupees, the elevated road has failed to resolve traffic problems of the city.

Built at a cost of Rs 350 crore, the elevated road is about 4.5 km as the crow flies. It was commissioned in March 2014. It connects the Bhandari Railway Overbridge up to the Mall in the city. Initially much-touted as a solution to the perpetual traffic mess along the stretch, it partially served the purpose. Traffic chaos continues to be the bane of the stretch underneath the elevated road.

The elevated road was constructed to provide relief to commuters from the highly congested traffic on the GT road between the ISBT and Maqbool Chowk. However, after its completion, the Bhandari railway overbridge emerged as a big traffic bottleneck.

After several experiments to ease traffic chaos on and around the Bhandari bridge, two-lane slip flyover was also later added to accommodate the GT road-bound traffic. This year, the government opened the extension part of the ROB to provide more space to commuters.

SB Singh, a resident of a locality on the same stretch, questioned the vision of the authorities in raising a massive infrastructure without ensuring its full success. He held the planning in isolation as a reason for the present traffic mess. The ISBT falling en route was not taken into proper account. Hundreds of buses daily commute to and fro the ISBT.

Bikramjit Singh, another resident, said the elevated road should have been built to cater to buses only. Ideally, both inbound and outbound buses should be made to utilise the elevated road to reach bypasses without driving on city roads.