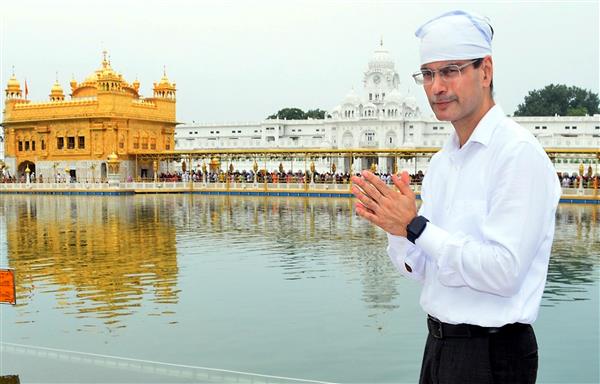 Asserting that the Punjab Police is one of the best police forces in the world, Punjab Director General of Police (DGP) Gaurav Yadav today said eliminating gangster culture and controlling drug menace were the top priorities of the state police.

Speaking to mediapersons here, Yadav stated that as directed by Punjab Chief Minister Bhagwant Mann, eliminating gangster culture and controlling the drug scourge were the top priorities of the police.

“We are focusing on basic policing and will ensure a people-friendly police. The state police is committed to maintain law and order and peace,” Yadav said.

Yadav assumed the charge of the officiating DGP on July 5 after senior IPS officer VK Bhawra proceeded on a two-month leave. After Yadav took charge, the police force launched anti-drug drives across the state.

Within a week, 676 drug peddlers were nabbed and 559 FIRs registered under the Narcotic Drugs and Psychotropic Substances Act, the police said earlier. Over 5.5-kg heroin, 17-kg opium and other drugs have been seized during cordon and search operations.

Will ensure peace, security in state

We are focusing on basic policing, and will ensure a people-friendly police. The police is committed to maintain law and order and peace in the state. The Punjab Police is one of the best police forces in the world. — Gaurav Yadav, officiating Punjab DGP