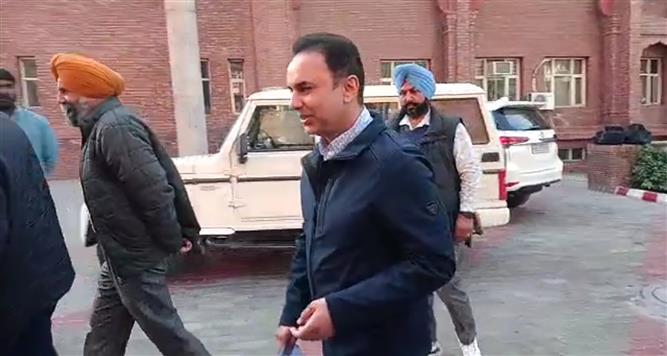 Former Deputy Chief Minister OP Soni has sought one-week time from the Vigilance Bureau (VB) for furnishing details about movable and immovable assets and other information sought by it.

The VB has initiated a probe into alleged disproportionate assets complaint lodged against him with the state government. The government has given its nod to investigation by the VB, which has summoned OP Soni to appear before it.

Soni had appeared before SSP (Vigilance) Varinder Singh on November 29. The VB had handed over some forms to the senior Congress leader, who also held the portfolio of the Health Minister during the previous Congress government. They had sought details about his known sources of income and bank account details, besides information regarding his moveable and immovable assets.

His nephew Vikas Soni, today appeared in the VB office. He said the former Deputy Chief Minister had sought time from the VB for submitting the details. “As it is taking time in collecting all documents, some of which are old ones, we have sought some time for the VB,” he said during a brief media interaction outside the VB office.

The SSP (Vigilance) said the former Deputy Chief Minister had sought a time of one week for furnishing all details.