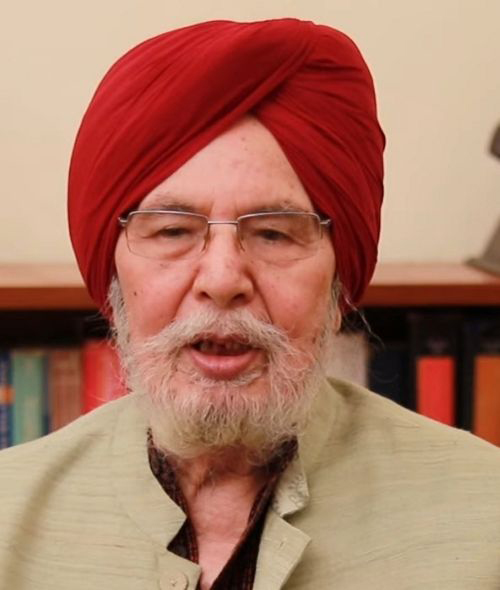 Eminent historian Prof Jagtar Singh Grewal brought the rich history of Punjab and Sikhs from margins to the mainstream while it was his research works which took Amritsar’s name to national and international levels, feels Dr Harish Sharma, a former professor and head of the Department of History, Guru Nanak Dev University (GNDU). He was also a student of Dr Grewal.

During his tenure as the Head of Department of History, he got every aspect of Punjab be it political, cultural, social, social classes, economy, articles, peasantry or business community, history of various and city areas, deeply researched. The History Department was so vibrant at that time that it became one of the top departments in the country. — Dr Harish Sharma, former prof & GNDU dept of history HoD

Dr JS Grewal (95) died in Chandigarh on Thursday. He is known for his work on medieval and modern India and was honoured with the Padma Shri award in 2005 for his rich contribution to the literary world. Dr Grewal originally hailed from Ludhiana and did his PhD and DLitt from London.

Later in 1971, he joined GNDU and became the founder head of its History Department. He became GNDU’s third Vice-Chancellor in 1981 following Dr Bishan Singh Samundri and Dr Karam Singh Gill.

He was also the first and longest serving Academic Affairs Dean. He retired from GNDU in 1987 following which he joined the Indian Institute of Advanced Study (IIAS) in Shimla as a fellow. He rose to become the Director and Chairman of the same institute.

Dr Harish Sharma said while laying stress on Punjab, Dr Grewal brought its history from margins to the mainstream. There was no aspect of Punjab which was not deeply researched by him in the department.

“During his tenure as the Head of Department of History, he got every aspect of Punjab — be it political, cultural, social, social classes, economy, articles, peasantry or business community, history of various and city areas — deeply researched. The History Department was so vibrant at that time that it became one of the top departments in the country,” said Dr Sharma.

It was him who took Amritsar’s name to national and international levels by his research works, said Dr Harish. He was a master of many languages — English, Urdu, Sanskrit and Persian.

Remembering his association with Dr Grewal, he said he was a hard taskmaster and every student listened to him. He had a knack of convincing others with his arguments besides being an excellent teacher. “He used to guide the students, made many students like me who were raw and did not know how to do research in history,” he said.

Meanwhile, GNDU mourned the demise of its former VC. Dr Jaspal Singh Sandhu, Vice-Chancellor, GNDU, in a statement said Dr Grewal was an institution builder and left a great legacy in the functioning of this university. He said: “He was a historian of international repute. His demise has left a big void in the academic world.”

Dr Rajesh Kumar, Head of Department of History, said his books “Guru Nanak in History”, “The Sikhs of the Punjab”, “Master Tara Singh”, “Guru Gobind Singh”, “The Vaishnav Establishments”, on Batala, “The state and society in Medieval India” and “Religious movements and institutions of medieval India”, stand out among the most seminal publications in his name. It was his contribution to establish the importance of regional history in the larger perspective of national and international historiography.