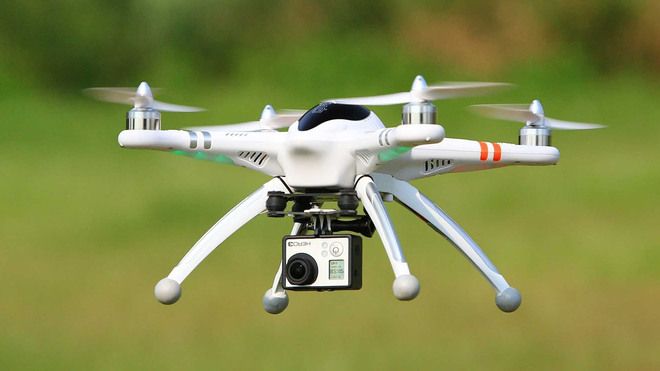 The movement of drones continues unabated at the Indo-Pak border even as the Border Security Force (BSF) and Punjab Police have been put on alert.

In the recent past, the BSF and the Punjab Police had recovered improvised explosive devices besides contraband and arms allegedly smuggled with the help of drones.

According to information, drone movements were reported in Gharinda here late on Wednesday night, while it was also noticed in the Ramdass area the same day. BSF jawans fired at the UAVs after hearing the humming sound, but these returned to Pakistan.

“Drone movement was noticed around 9.30 pm on Wednesday in Daoke border outpost area. The Border Security Force conducted a joint search operation with the Punjab Police in the area and recovered 2.2-kg heroin worth Rs 10 crore in the international drug market,” DSP Balbir Singh said.

He said the drone movements were also observed near Bhindi Aulakh border village late on Wednesday evening. However, alert BSF jawans fired at the drone and it returned to Pakistan, he said.

Similarly, drone movement was noticed in Kassowal border outpost in Ramdass area late on Wednesday evening. As BSF jawans opened fire to shoot it down, it went back to Pakistan. Though a search was carried out in nearby village, nothing was found, said DSP Onkar Singh who had gone to the spot.

Meanwhile, days after the BSF shot down a drone in Dhonoe Kalan located near the Indo-Pak border, the Punjab Police suspected that an IED could have been smuggled through the drone at that time. The police have started a probe on this theory.

The black quadcopter model shot down on April 29 had a long black rope attached to it. “It is being suspected that only explosive material could have been attached to the dangling rope as there was also a fear of its explosion if it is dropped from a height. Rope is attached to land it in fields, where a man comes to pick it up, cuts the rope and flees,” said a senior police official. On the contrary, he said a packet of contraband could also be dropped.