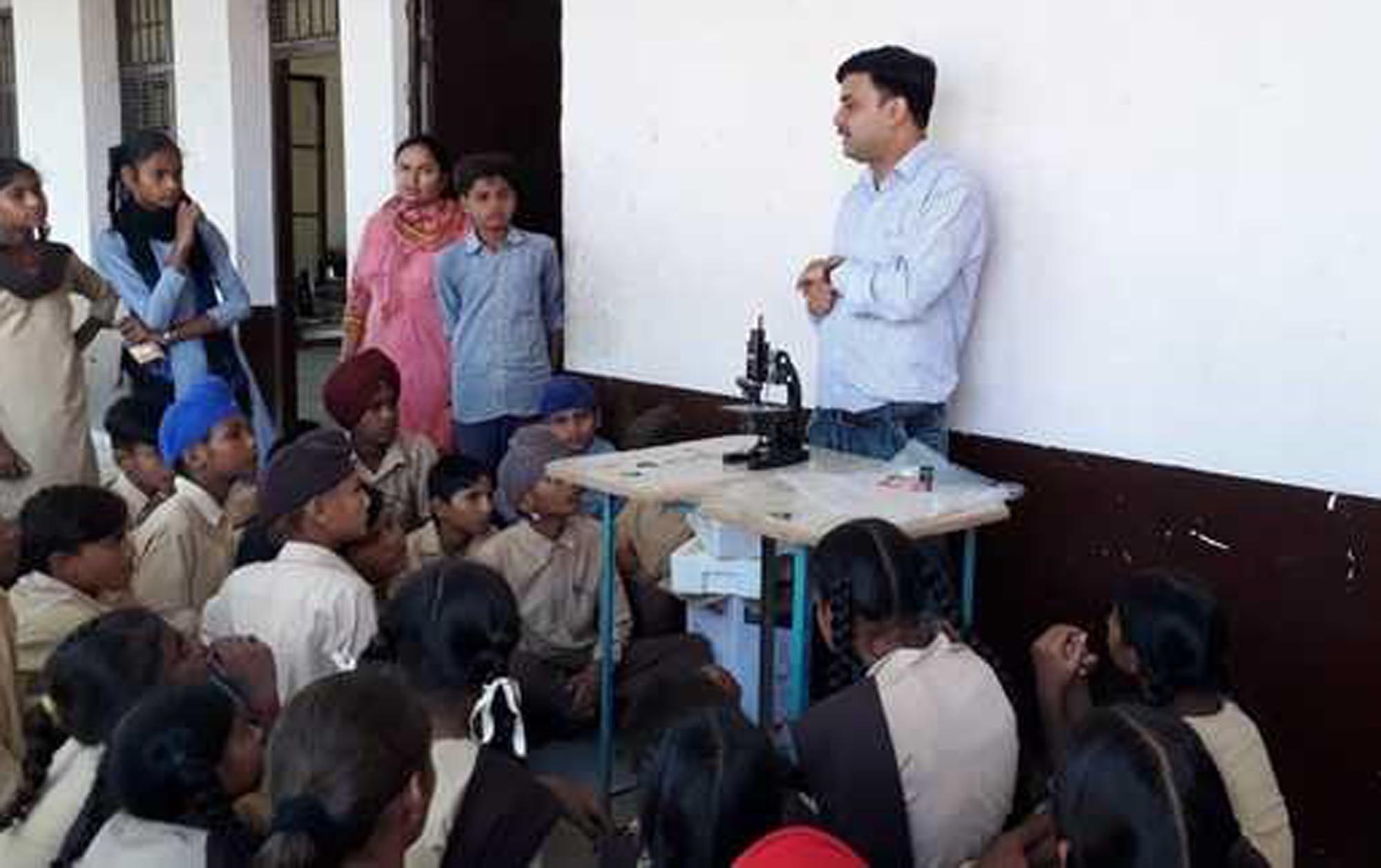 The department had set up National Green Corps in all its 418 upper primary schools in the district and has trained all science teachers in these upper primary schools for National Children Science Congress programmes. The department has also been successfully undertaking scientific projects under the Children Science Congress that Punjab State Council for Science and Technology has been conducting as nodal agency, winning the first prize in the state in junior as well as senior categories two years in a row. The district science mentor, Narinder Singh, who is also the district nodal officer for INSPIRE Awards, given by the Department of Science and Technology, GOI, says that the focus was to push government school students towards innovation and concepts of Artificial Intelligence.

“Amritsar is leading the state in terms of multiple science-based learning programmes supported by Inspire Awards and the National Children Science Congress. Our students from Class VIII onwards have come up with unique ideas, including sustainable compost, making low-cost air purifiers, getting their work published in science journal by the Punjab State Council for Science and Technology. A few years ago, only a handful of government schools had successful science labs but now, all 418 upper primary schools run science-based programmes,” he said.

Narinder has won the state award last year for his contribution towards pushing for scientific learning in government schools. He has a team of 15 teachers, which has been training and mentoring students about artificial intelligence and running several projects for science competitions at the national level.

“We are building up learning material, equipping science labs and engaging students to come up with their own ideas,” he says.

Several government primary and middle schools have science clubs affiliated to VIPNET and recently, students of Government Girls’ Senior Secondary Smart School, Mall Road, were selected as young scientists by Space Kidz India, a national programme that engages children with space technology and engineering concepts. Currently, the team under Narinder is preparing students in projects involving artificial intelligence ahead of this year’s edition of children science congress. “The fact that all these science-based programmes and awards give financial support of up to Rs 10,000 to students projects is an encouragement enough for them to continue with their innovation. We have an increasing number of students, especially from BPL families, enrolling in our science programmes, which is creating equal opportunities for them.”

Last year, state winner of the National Children Science Congress was a Class VIII student from Government School, Kot Khalsa, whose father was a rickshaw-puller. Narinder’s team is also working in collaboration with the GNDU to enable its students working in the field of robotics and AI to use GNDU’s hi-tech labs and scientific equipment. They will also be given knowledge mentorship.