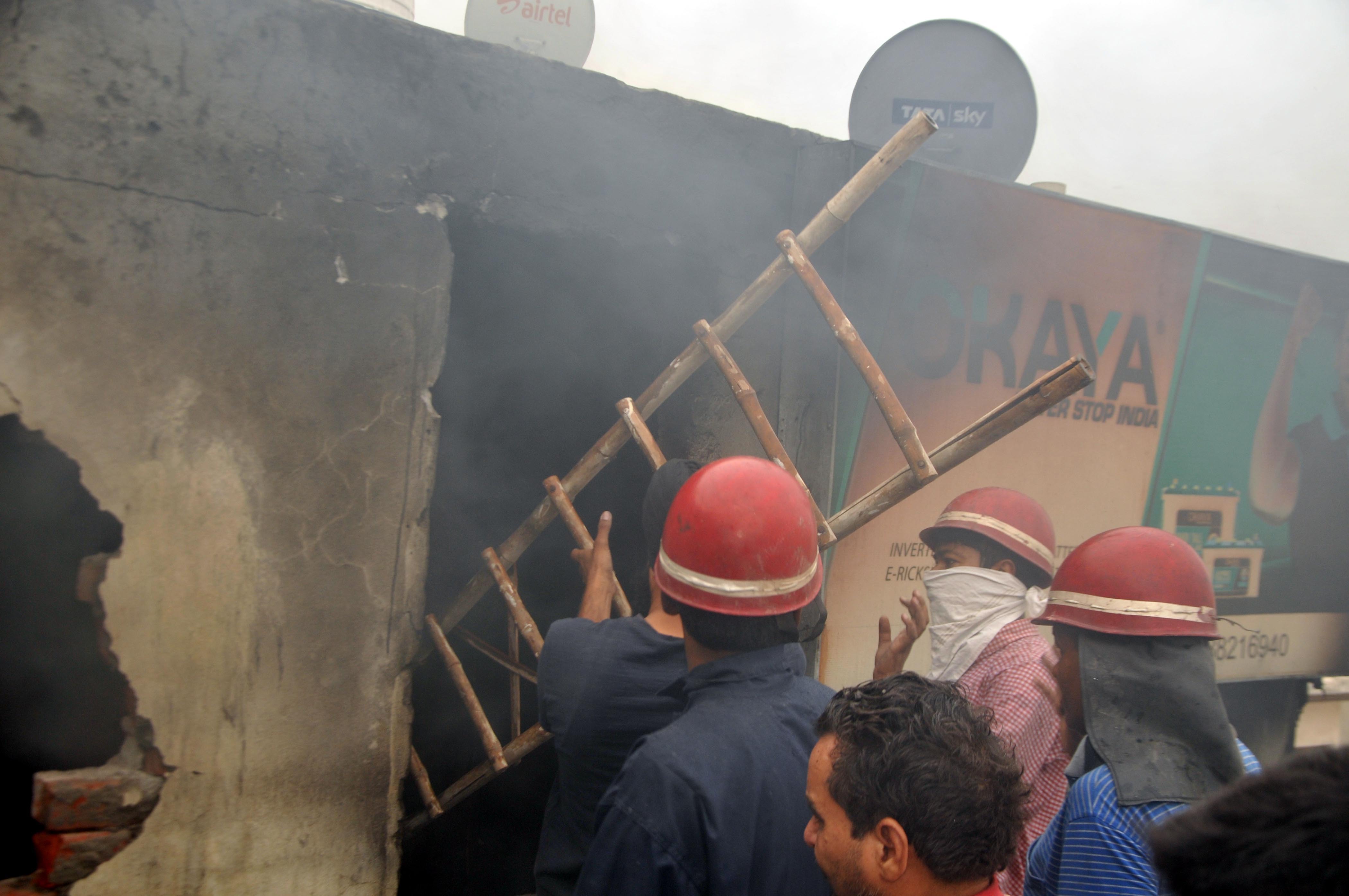 Firefighters on job to douse flames at an electronics showroom that caught fire in Amritsar on Monday. Vishal Kumar

An electronics goods shop on Majitha Road was gutted in fire early this morning. Short circuit was stated to be the reason behind the incident. Area residents said the fire started around 6 am, when a hoarding fell on the electricity supply line in the 27-feet road in the area. 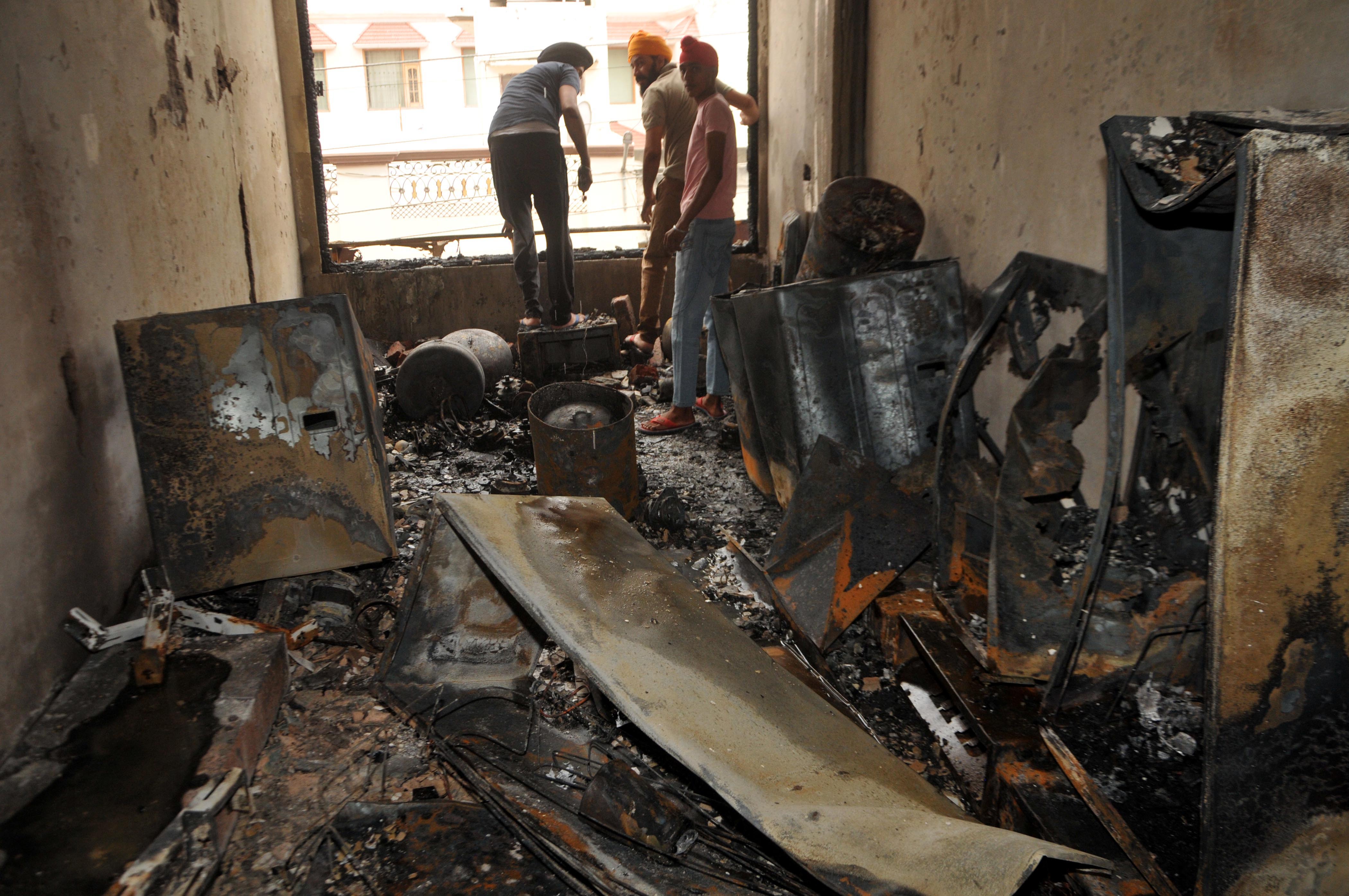 Shop owner Jasbir Singh said he was woken up by neighbours, who told him that his shop had caught fire. He said the fire started on the second floor. He said when the hoarding fell on the electricity wires running parallel to the windows of the first floor, the sparks might have caused the fire.

Jasbir said electronics items, including air-conditioners and fridge among other things, were damaged in the incident. Fire Officer Jag Mohan said: “We received a call at 6:39 am. Immediately, fire tenders were dispatched for the place.” He said three fire tenders reached the place and controlled the blaze before it could spread to other buildings or floors of the same building.