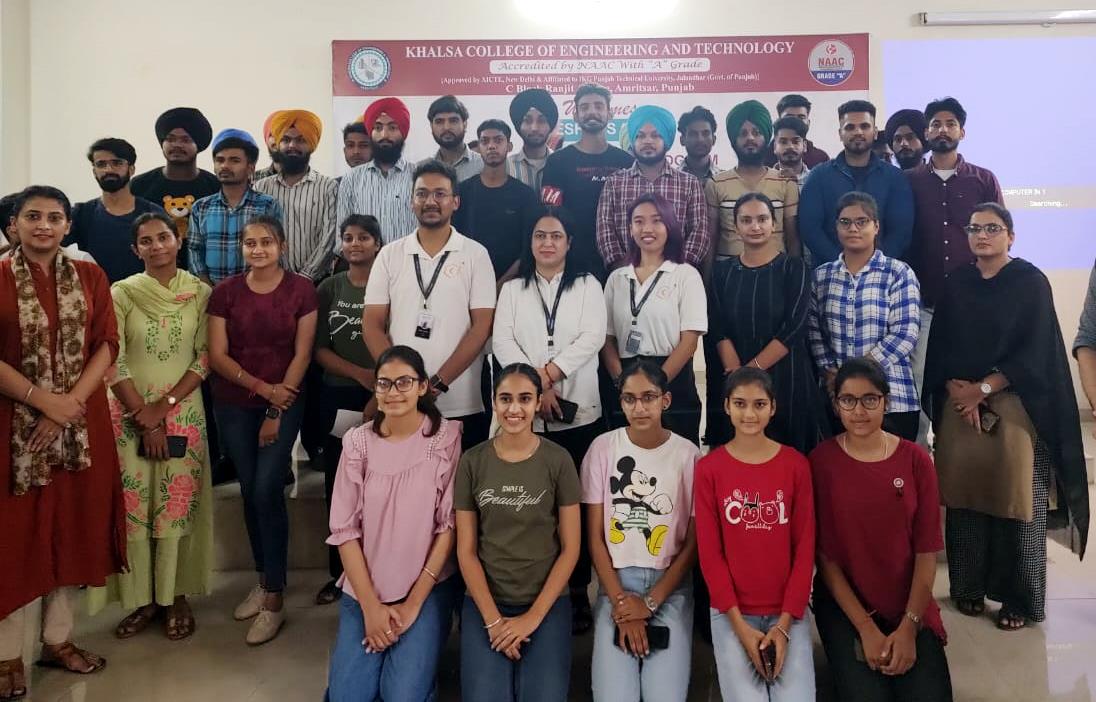 Amritsar: To mark the birth anniversary of M Visvesvaraya, Khalsa College of Engineering and Technology (KCET) observed the Engineers’ Day. Apart from holding a talk on an industry-oriented career for budding engineers, a general online quiz was organised by the Training and Placement Cell of Mechanical Engineering. Dr Manju Bala, Director, while addressing the students, stated that engineers are the backbone of nation, and that they are major contributors towards the economy of the developing nation. While speaking on ‘Industrial Insights to ensure Best Careers’, Pushplata Bagati highlighted the industry requirements and how easily a student can eliminate the academia-industry gap to grab job opportunities in top most MNCs.

A workshop was organised on ChemDraw Software (a chemical drawing tool) was held at the PG Department of Chemistry, DAV College, under the aegis of the PC Ray Chemical Society, with an aim to train students about drawing of organic structures and reaction schemes in soft form, using ChemDraw software. Dr Raghu Raj, Assistant Professor, PG Department of Chemistry, DAV College, was the resource person. Principal (Dr) Rajesh Kumar highlighted the importance of curriculum enrichment programmes where the students are encouraged for activities where they are trained with relevant topics, besides the prescribed syllabi. Dr Anita Mahajan, the HOD of the department, emphasised that the department is organising a series of activities to encourage students of both undergraduate and post graduate classes regarding importance of curriculum enrichment.

Tarn Taran: Hansika, a Class-VIII student of Guru Amar Dass Adarsh Institute, Goindwal Sahib, emerged as the state topper in a national-level olympiad. The olympiad was organised by the Indian Talent Olympiad Group in which hundreds of schools across the country had participated. Hansika was the state topper in the National English Olympiad, and was honoured with a medal and a cash prize. Jatinderpal Singh, the director of the institute, congratulated Hansika.

The World Gratitude Day was celebrated on September 21 at Shri Ram Ashram Public School. This is a day to be grateful to others for the work they have done for themselves. The students of classes II and III noted in the prayer meeting that there is such a person in every person’s life. The World Gratitude Day is a United Nation holiday. Prinicpal Vinodita Sankhayan noted that during the Thanksgiving dinner in 1965 at the Meditation Center of the United Nations building, the people present there promised to hold a gratitude meeting in their country on September 21.

The Book Readers Club of Goodwill International School observed World Peace Day in the morning assembly. Ramandeep Kaur gave a detailed talk on the importance of world peace. Students also presented poems related to the day. A quiz competition on World Peace Day was also organised. Sukhmanjeet Kaur of Class IX was adjudged the quiz star of the competition. The students also took a pledge to maintain peace and harmony in society. Students of the junior section also created a symbol of world ‘PEACE’ for the occasion. Gurdial Singh Chairman of the school joined the students in a symbol-making activity, and inspired the students to contribute in maintaining harmony and peace.

Tarn Taran: Four cadets from the Nishan-E-Sikhi Institute of Science and Training, NDA, Khadoor Sahib, were selected in the NDA entrance examination on September 4. These cadets are currently undergoing training for the SSB interview for joining the defence forces. A total of 41 cadets from the Nishan -E-Sikhi had appeared in the written exam. Major General Balwinder Singh, Director of the Institute, shared on Wednesday that the selected cadets are Sidakpreet Singh, Jaskaran Singh, Manish Sharma and Sahil, who were given coaching by the Nishan-E-Sikhi Institute. / oc