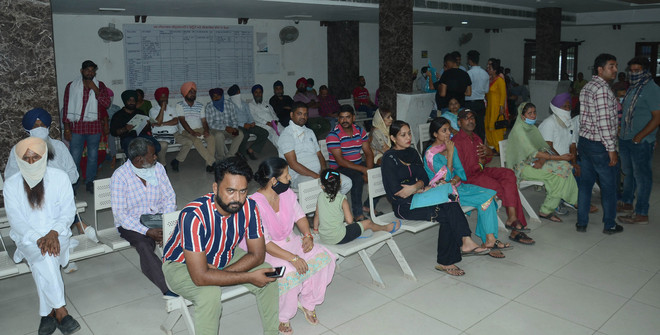 The employees of different state government departments are set to leave for Patiala to attend the state-level protest rally being held by the Punjab and Chandigarh employees in Patiala on Thursday.

The employees have taken mass leaves to participate in the protest in support of their demands. The employees’ leaders said different departments have arranged buses apart from private vehicles to ferry protesters to Patiala.

Jagdish Thakur, general secretary, Ministerial Staff Workers’ Union, said: “The work at all offices would be completely paralysed due to the protest.”

He said ministerial staff employees from all state government departments are attending the protest.

Ashok Sharma, president, Employees State Insurance (ESI) federation, said: “Our protest completed 21 days today. The government is still indifferent.” He said employees had been waiting for the pay panel report for the last six years, but when the same was released, the salaries of employees decreased instead of increasing.

The employees’ leaders said public works at government offices would come to a standstill even as senior officials are not a part of the protest.

“The files are usually handled by junior employees. So, even if senior officials would be present, the public dealing would totally stop,” an employee said.