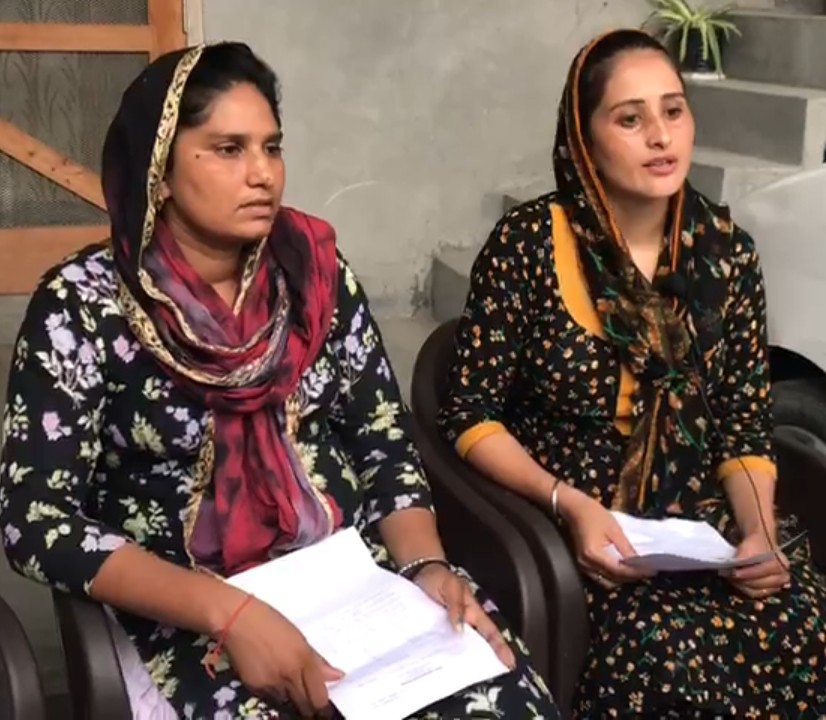 Alleging police inaction, family members of two private security guards, who were booked on the charges of murder attempt and assault on March 27, have demanded justice.

Paramjit Batra, however, said it was they who were the victims as he and his son were injured in the attack. He said the police haven’t arrested remaining culprits in the case so far

They (in pic) have shot letters to Chief Minister Bhagwant Mann and DGP Punjab Police urging their intervention and impartial probe into the incident. Rajbir Kaur, a resident of Khatrai Kalan village in Ajnala, said her husband Jaimal Singh, an ex-serviceman, used to work as a private security guard at a house of Kanwar Pal Dhingra in Ranjit Avenue area.

She said on March 26, Dhingra and his family had a quarrel with his neighbour, a senior Congress leader Paramjit Singh Batra, over closing the gates of the colony. There was a function at Dhingra’s house and closing of gates led to inconvenience to the guests. The dispute turned ugly leading to gunshot injuries to her husband Jaimal Singh. She said Paramjit Batra and his son Kanishk Batra also suffered gunshot injuries.

She said at that time, the police registered a case of attempt to murder against her husband and another security guard Hardev Singh among others. She said though Jaimal was under treatment, he was arrested and sent to jail. She alleged a cross-case was registered against Batras, but no action was taken against them. Later, on May 9, the police added attempt to murder charges against Batras in the cross-case.

She alleged that while the police were prompt to take action against her husband, it was dithering on arresting Paramjit Batra and others in the case though they were roaming openly in the city.

Jaspal Singh, SHO, Ranjit Avenue police station, said investigations were on in the case. He said the accused would be arrested soon.