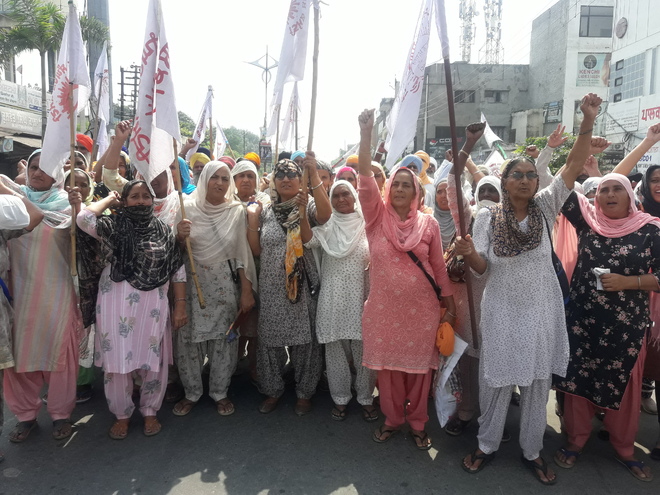 The ‘Punjab Band’ call evoked a massive response in the border district on Friday. The protest call by farmer organisations was supported by all sections of society, including government employees.

Farmers organised dharnas, took out rallies and blocked railway tracks to protest against the Bills. The National Highway (NH) 54 was blocked at many places in the district.

Most roads wore a deserted look. Shops and commercial establishments downed shutters. Patti MLA Harminder Singh Gill, addressing a protest at Rasulpur village, said the Bills were anti-farmers and would break the backbone of the people of the state. “The Congress would not allow the nefarious designs of the anti-Punjab forces to succeed,” he said.

Members of radical Sikh organisations led by Harpal Singh Balehar of the SAD (Amritsar) took out a march in the town against the agrarian Bills.

Heavy police force was deployed at sensitive places in the district. The district administration heaved a sigh of relief as the band went off peacefully.