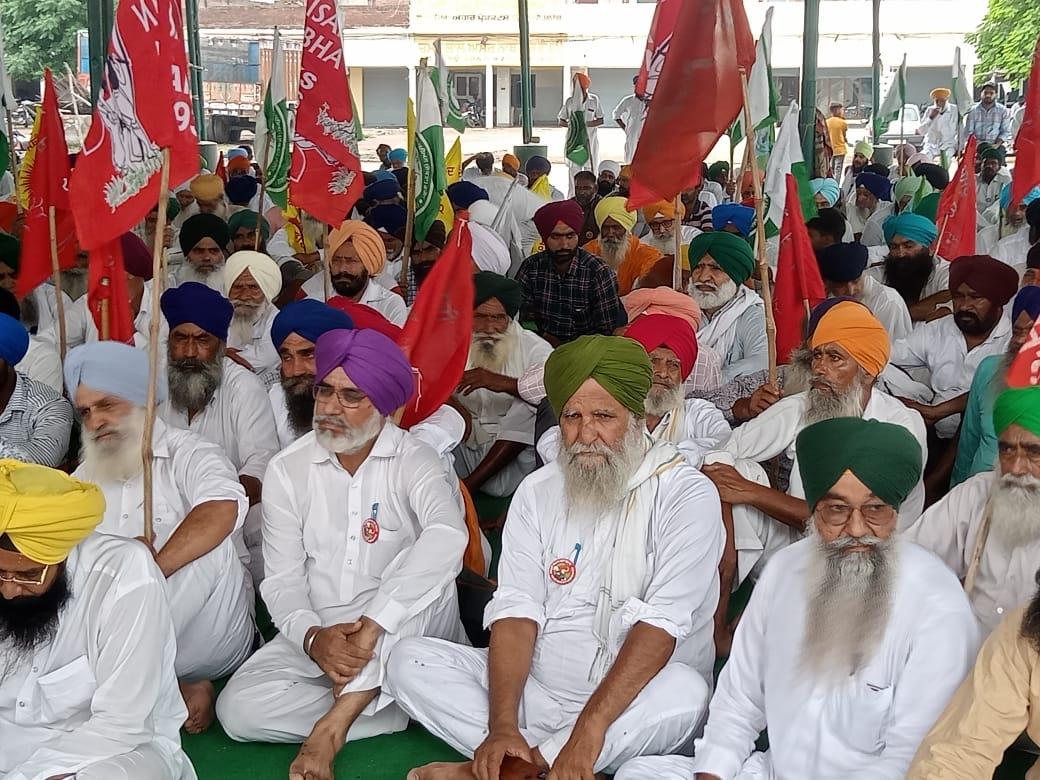 Farmers during a protest at the grain market in Tarn Taran on Monday. Photo: Gurbaxpuri

Farmers’ unions affiliated to the Sanyukt Kisan Morcha held a sit-in protest at the local grain market here on Monday. They were demanding the government to make MSP a legal guarantee for all 23 crops covered under the safety-net framework.

Addressing the gathering, Pargat Singh Jamarai and Devinder Sohal, leaders of farm unions, among others, laid stress on resolving the long-pending demands of farmers. They said due to anti-farmer policies of the government, farmers got caught in a debt trap leading to suicides by some farmers. The leaders called the farmers to be united to fight for their demands than to commit suicide.

The leaders said the government was announcing the MSP, but there was no guarantee as a result of which farmers were being exploited in grain markets. They were selling their produces below the MSP. They said this was the main reason behind their being pulled into a debt trap.

The unions also declared that they would block rail traffic on July 31 for four hours to press for their demands.