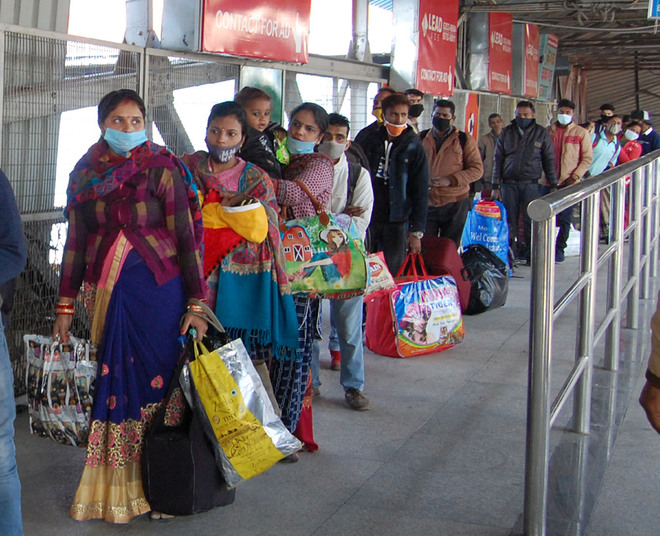 Though the Centre resumed railway services in the state, only two pairs of passenger trains were operational at Amritsar railway station.

Ashok Salaria, project in-charge, Railway Station Amritsar, said, “Only two pairs of trains are operational and routed via Tarn Taran. We didn’t resume other trains as the track is not clear. The movement of goods trains is through Tarn Taran. The Indian Railways will not resume passenger trains as long as farmers do not clear the rail track.” According to information, Golden Temple Express and Saheed Express are only trains which were operational.

The train services remained suspended for the last two months in the state.

A couple of days ago, agitating farmers cleared the tracks after meeting with Chief Minister Capt Amarinder Singh. However, the KMSC remained adamant and had been blocking the rail track. The authorities had been diverting passengers and goods trains to Tarn Taran to bypass the blockage.

Officials claimed track in Tarn Taran was not suitable for heavy railway traffic.