Farmers to stage protest on Feb 6 : The Tribune India

Farmers to stage protest on Feb 6 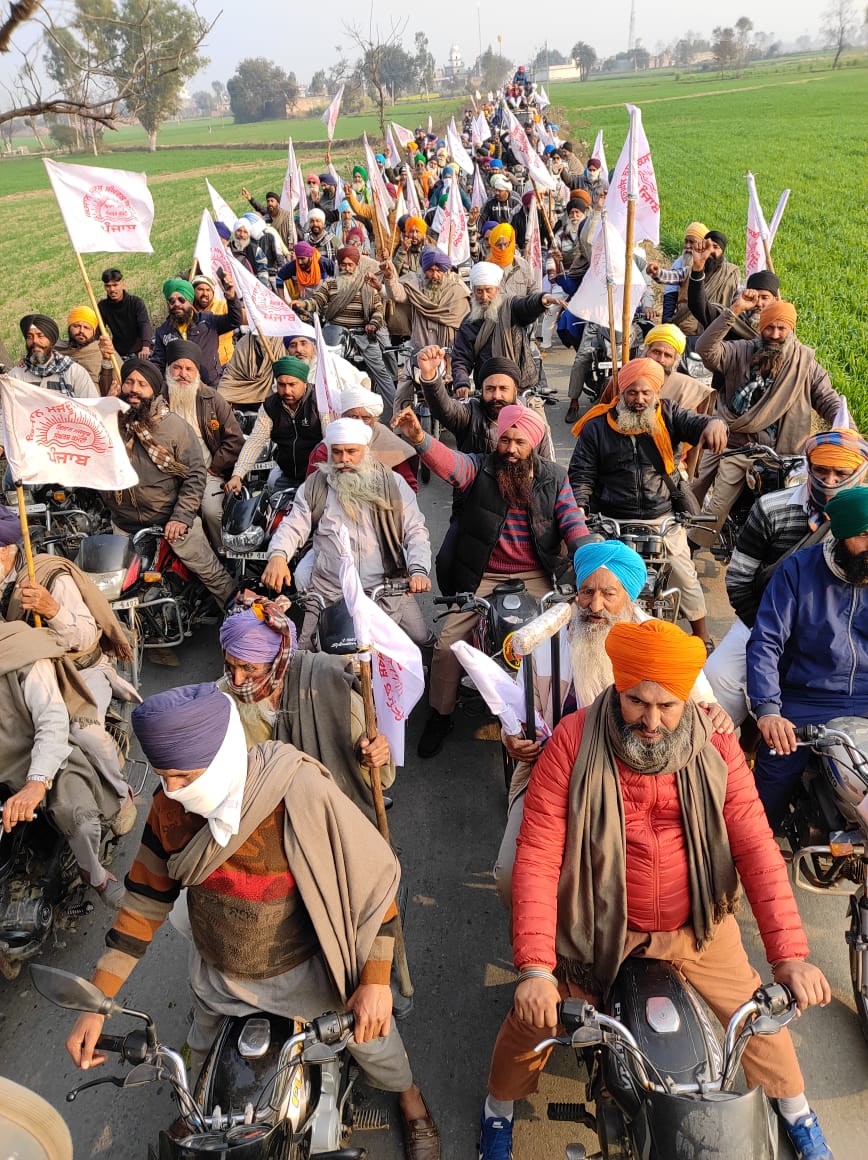 Farmers and workers participating in a march to create awareness on pollution by industrial units. Photo: Gurbaxpuri

Farmers’ unions and other organisations have come out openly against Rana Sugar Mills, Lauhka, allegedly for polluting the environment and contaminating the groundwater with chemicals used in the factory.

A large number of farmers and workers, under the banner of Kisan Mazdoor Sangharsh Committee (KMSC), Punjab, organised a march on Monday in different villages of the area to make people aware of the ill-effects of chemicals being used by the mill while distilling wine and subsequent disposal of waste in the fields and canal distributaries. The activists participated in the march on two-wheelers.

Meanwhile, farmers’ unions affiliated to the Sanyukt Kisan Morcha, in a meeting organised here on Monday, decided to present a memorandum to the Deputy Commissioner on Tuesday against Rana Sugar Mills in this regard.

The march of the Kisan Mazdoor Sangharsh Committee, Punjab, was started from Kairon village which passed through Lauhka, Jaura, Naushehra Pannuan, Sarli Mandan, Khabbe Rajputan, Nandpur and other villages. State leaders of KMSC, Harpreet Singh and Satnam Singh Manochahal, were among those who addressed the protesters. The leaders alleged that the government had failed to check the industrial units polluting the environment and even the Punjab Pollution Control Board was not taking action against such units. The leaders alleged that the contaminated groundwater was responsible for making people infected with dreaded diseases like cancer, hepatitis, liver failure etc.

The KMSC would stage a dharna in front of the District Administrative Complex on February 6 in case the administration failed to take action against Rana Sugar Mills. The KMSC demanded an inquiry by a sitting judge of the High Court to locate the industrial units violating norms to maintain the environment.

The unions associated with the Sanyukt Kisan Morcha organised a meeting under the leadership of Nachhattar Singh of Kirti Kisan Union which was addressed by Daljit Singh Dialpura and others who alleged that negligence on the part of the administration was responsible for violations and subsequent environmental pollution.