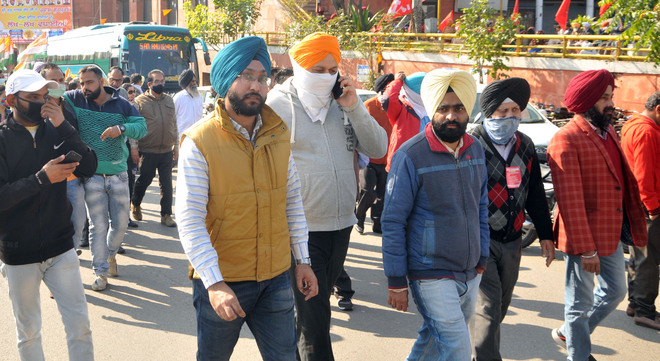 Unmasked People without masks is a common sight in Amritsar.

The announcement of night curfew from December 1 by the state government has worried people, especially the business community, as they fear that more restrictions must be imposed if Covid-19 cases continue to rise.

At the same time, a section of the public feels that the night curfew would not be a great help as movement during winter nights is generally low and it would not have much impact on businesses and life.

The business community, however, feels that if the duration of curfew is extended due to further increase in the number of infections it would not be a welcome step. “Businesses have just started to return to normalcy. The night curfew is fine as most of the businesses are already close by the time but any further restrictions would spill trouble for shopkeepers,” said Vikram Sharma, a shopkeeper in the Hall Bazaar area.

Jaswant Singh, another shopkeeper, said, “Businesses were allowed to operate around two months ago. The sales are still down due to the virus and if another lockdown is announced, it would create problems for them. The business community hopes that the situation will not turn so bad that the government have to announce a lockdown during the day.”

The government has announced to impose night curfew from 10pm to 5am from December 1 onwards. At the same time, it has increased the fine to Rs 1,000 for not wearing masks. With a dip in the number of new cases and casualties, people have started ignoring the mandatory precautions. The district has started witnessing a slight increase in the number of cases in the last few days. However, a visit to market places and offices in the district reveals that a majority of the people have stopped using even masks.