Soon, Ludhiana, Kapurthala and Bathinda jails to have paramilitary 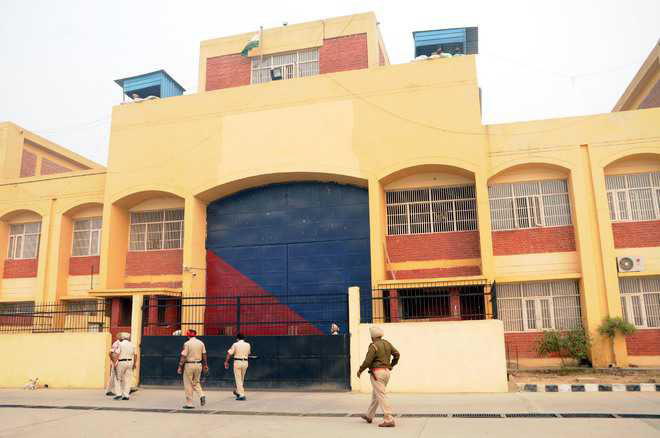 90 jawans will guard the Central Jail in the city. Tribune photo

The Amritsar Central Jail has become the first one in Punjab to have a company of the Central Reserve Police Force (CRPF) that arrived here yesterday. The company, comprising around 90 jawans, will be deployed in different parts of the jail for strengthening the security system.

The state government had demanded paramilitary forces in central jails after unabated incidents of nefarious activities, such as sneaking of prohibited materials like cell phones in jails, allegedly in connivance with black sheeps.

The Union Home Ministry has sanctioned four companies of the CRPF for Punjab jails. Besides Amritsar, two companies will be deployed in Ludhiana, Kapurthala and Bathinda jails.

Central Jail Superintendent Arshdeep Singh Gill confirmed the arrival of a CRPF company. He said it would help curb the incidents of sneaking of mobiles, contraband and other prohibited material besides nailing violence in the high security premises.

He said the CRPF jawans would be deployed in the areas wherever they were needed but most prominently they would be positioned in Deorhi, frisking area, visitors area, watch towers and high security zones. He informed that the headquarters of the battalion of the four companies would be at Kapurthala.

The jail authorities were finding it difficult to nail sneaking of mobiles and contraband due to shortage of staff. Several incidents have occurred in the past wherein jail staff members were found involved in helping inmates taking in prohibited material.

Intelligence agencies had written a number of times about the misuse of mobile phones by criminal elements, including Indo-Pak smugglers and gangsters who ran their network from jails.

Interesting, Jail Minister Sukhjinder Singh Randhawa himself got a congratulatory call from someone lodged in a jail when he took over the charge after the formation of a Congress government in the state.

A number of inmates have been found possessing banned items, including mobile phones, on jail premises across the state in the past. Despite tall security claims, such instances often come to light. Even dreaded gangsters, lodged in different jails, have been operating their illegal business through mobile phones that they manage to sneak in. Even jail guards have been accused of conniving with anti-social elements to help them carry out their nefarious activities. The deployment of CRPF men is aimed at keeping a check on such instances.