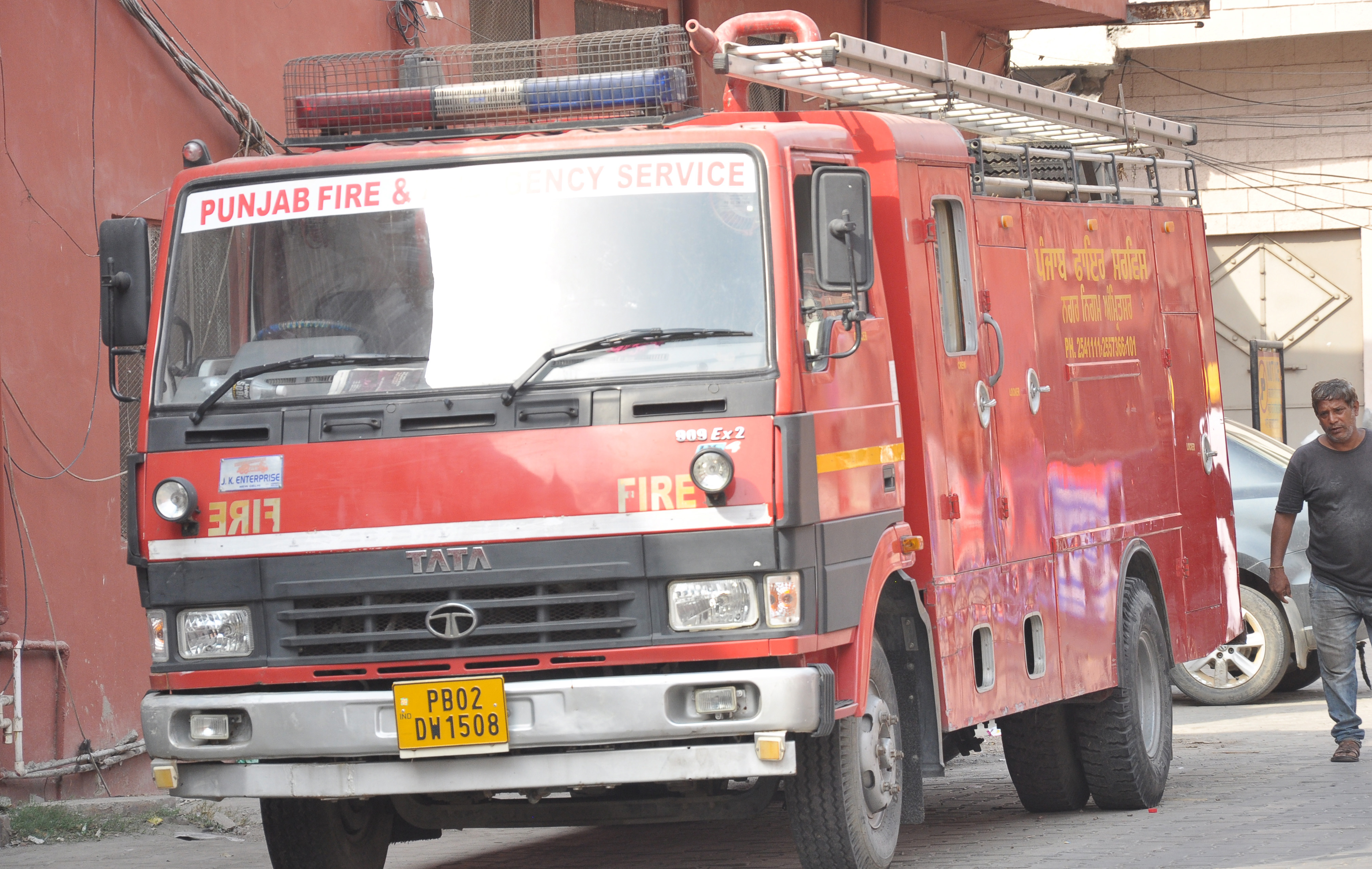 A fire tender is stationed at the Fire Brigade station in Amritsar on Saturday. Photo: Sunil Kumar

The divisional headquarter of the Fire Department in the city attends around 700 fire calls in a year. With the four functional fire stations in the city, the firefighters have to attend fire calls from as far as 70 km from the city. There is no firefighting facility in the border area towns of Tarn Taran and Amritsar. The teams from Amritsar visit Khemkaran (65 km) and Sri Hargobindpur (70 km) to tackle fire incidents.

During paddy and wheat harvesting seasons, we get maximum fire calls from rural areas. As fire spreads rapidly in fields, it takes time to douse such fires in rural areas Lovepreet Singh, ADFO

There are 10 peripheral towns — Beas, Rayya, Baba Bakala, Jandiala, Kathunangal, Majitha, Rajasansi, Lopoke Chugawan, Ajnala and Attari — around Amritsar. There is no firefighting facility in these towns except in Jandiala and Majitha. Earlier, these two towns were lacking it, but the newly formed government provided two fire tenders for each on April 29.

Apart from Amritsar district, the staff at Amritsar also attend fire calls from Taran Tarn, Khadoor Sahib, Khemkaran, Jhabbal and Mehta. According to department officials, the number of fire calls from the peripheral towns and rural areas have increased.

Lovepreet Singh, ADFO, said, “During the paddy and wheat harvesting seasons, we get maximum fire calls from rural areas. The fire spreads rapidly in mature crops so firefighters have to make hard efforts to douse such fires in rural areas. There should be fire tenders in each town to control the fire with less damage. When our fire tenders and vehicles go out from the city we face inconvenience while attending fire calls in the city areas”.

The rural panchayat and gurdwara committees have made firefighting “jugaads” to control the fire. They fit an engine with a water tanker, which throws water with pressure. However, fire officials claimed that these ‘jugaads’ cannot be an alternative to fire tenders, but are good for first aid. But firefighters should be trained to avoid getting injuries while fighting a fire.